The secret lies in the power contained within the “point”!

When this becomes manifest, you will suddenly be subject to all sorts of accusations, lies and slanders from your surroundings; all types of misfortune will begin to fall upon you!

This is to VEIL you and that which manifests through you, so that those who are unworthy of this treasure may have a reason to stay away from you!

The power within your “point” is the greatest and most valuable thing you’ve been blessed with, though, it only manifests itself to a few.

I say “valuable” because even those who haven’t been created for this purpose aspire to reach it. With so much demand, it needs to be protected from those who don’t deserve it. Hence, someone will be ‘driven’ to lie and slander about it, to push away the unqualified from this invaluable and incredible source of power.

Those whose roles of servitude – as per the scenario – are to squander their lives with gossip and play, will immediately be affected by these accusations and will thus cut off themselves from the acquisition of such knowledge and immerse themselves in the worldly life instead.

For the outsiders, those who reach the power in their “point” will seem to be cast into fire and suffering. But in reality, that fire will have been made safe and secure for them. For they have been given the secret of “hasbiyAllah” - fire cannot burn them!

They will be well aware of who spreads the slander and gossip about them, and even their reasons, but they will be far too captivated by the ecstatic state of observation with the secret of their point to concern themselves with such things.

As they have overcome the state of duality, observing the worlds from the point of oneness and singularity, such beings do not “identify” with and take “ownership” of the things of the world. Their suffering has ended.

They observe the domain of wisdom with the sight of Divine Power. They see the wisdom behind all the lies, slanders, and seemingly unfortunate events.

Those who have been created to experience the power within their point do not concern themselves with such trivial matters, they instead prefer to channel their energy to overcoming all challenges to reach their essential reality, to train and overcome their egos, to purify themselves and to be in a state of taqwa (protection in the way of Allah from the inadequacies of their identity).

On the other hand, for those who have not been created upon this secret, all acts of gossiping, lying, slandering, and other inferior ego-based behaviors will be eased and facilitated. They will consume their lives engaged in the affairs of other people, totally deprived of their reality and its fruits. Those who help in the spreading of such negativity are no different than those who produce it in the first place.

If we look at history, we can see that whenever a noble being has come to inform the people of their reality, there has always been some who played the role of “covering” the truth and driving the unworthy away. As they live their lives veiled form their essence they do everything in their power to ensure others do too.

The purpose of their servitude is to do whatever it takes to prevent others from reaching the power of their point. Thus they serve the dajjal (antichrist); they mix the right with the wrong to cause confusion!

The people of the reality can see the roles these people play in the name of fulfilling their assigned servitudes and hence don’t bother themselves dealing with them or even with taking offence by their actions. They know that such figures are designed for a specific purpose and play an important role in protecting the truth from the unworthy!

They will simply give salam and continue to observe the power within their “point”!

It is truly a delight to observe with this power those who have overcome their illusory identities and perceptions of duality, those who stop identifying with and taking ownership of things…

One such magnificent being had once said: “Three things have been likened to me from “your” world!” Note that he didn’t even identify with this world. In order to be safe from the fire of hell one must first overcome his identity.

Once you can achieve this the fire of hell will extinguish; you will stop suffering. Identifying with things and taking ownership, such as “my house”, “my car”, “my body” are just layers of veils between the person and his reality. For those who have overcome their illusory identities, such tendencies are mere play and entertainment, baseless and meaningless. 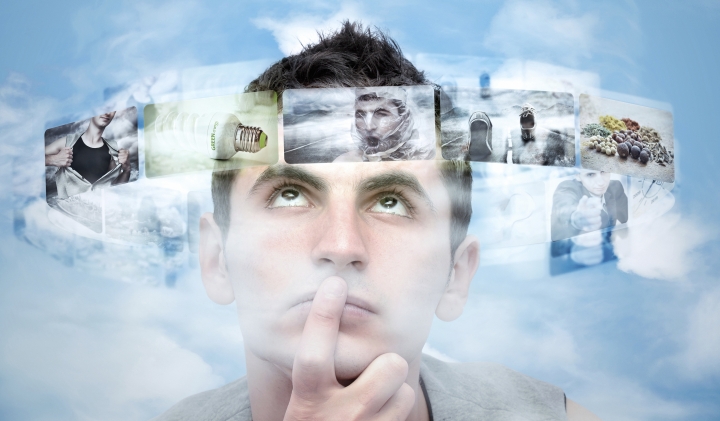 They are in a state of observation of the qualities of the names pertaining to the One referenced as Allah.

When some people of science smelt the fragrance of this power within the “point” they tried to market it with the slogan “the secret”.

On the other hand, when the allegedly spiritual ones smelt this fragrance they fed their egos with it and assumed superiority over others, hence becoming veiled of the power within their point.

None can remove the curtain that covers the insight of those who turn their backs, in preference of “playing house”, to those who serve the reality of knowledge.

It’s extremely sad that one shall choose the darkness of their illusory identity over spreading their wings toward infinite light.

So long as you prefer to live by your ego-identity the power within the point will not manifest itself. The consciousness or “knowledge” comprising this power is the essence of the strings. And there is no “probability” or “possibility” in this system (sunnatullah) as indicated by the name Hasib (The One who maintains individuality by holding them to account of their behavioral output through the mechanics of ‘consequence’. In doing so, an indefinite flow of formation is established).

The Point is the Absolute Self in the guise of a human form, identified with a human brain, hence forming the illusory individual world.

The point who has identified with the brain, which is a composition of the Names, continually expresses its power at every moment according to the capacity and conditions to which it is subject.

This is why the lives of those who have identified with their illusory identities are predetermined; it is automated and hence not subject to change.

You can’t force someone who has been created for illusion into reality. When the pressure is removed he will immediately return to his illusion.

Hence the followers of the Rasul (saw) have claimed “O Rasul of Allah, when we are near you we can almost feel the presence of the angels but when we are not in your vicinity we return to our world!”

If you have been created to experience the power of your point then getting past your illusory identity, the lies, gossips, slanders etc. will be eased for you; you will be facilitated to observe the worlds and the manifestations of Allah with the grace of the knowledge of the Reality.

If you have not been created for this purpose you will continue living in your automated illusory world, automatically exposed in every new moment to the consequences of the previous moment, blinded and veiled from the reality.

Blessed are those who are not deprived of the power within their point despite all illusion.