If the chapter al-Fatiha is understood well it can unlock the Quran for us.

Those who have not understood the secret to which the letter B points think Allah is outside, somewhere far in space and call Him to account for the things they don’t understand.

Those who’ve attained the secret of the letter B realize the infinity and illimitability of Allah and the ‘nothingness’ of the universe and themselves and enjoy the reality that Allah is the only timeless existence.

Just as the illusory sense of ‘I’ is the root cause of all suffering, the single cause for comfort and pleasure is the observation of one’s nothingness within the concept of Allah.

That is, unity with Allah is through the secret of the letter B!

Why do we say the Basmalah before we recite the Fatiha? Because the Rasul of Allah (saw) says:

“Bismillahirrahmanirraheem is the key to all books.”

Just as you can’t unlock a door without its key, without understanding the letter B it’s not possible to understand the meanings in the ‘Book’! Only when we approach the topic with the consciousness of the letter B can we truly turn to the core of the matter and reach our target.

If we take heed of what the eminent saints and enlightened ones of the past have said, the reason why the Fatiha must be begun with the Basmalah is a warning about which state one must approach the topic.

“With the name of Allah, who is Rahman and Rahim, my being which subsists with the existence denoted by the name Allah, it is He who manifests this activity from me with His Grace… 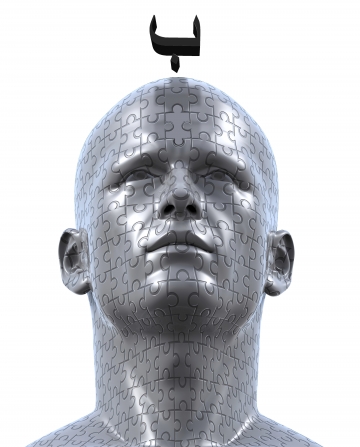 The only absolute producer of my actions is Allah. I’m doing this action with the meanings denoted by the name Allah. It is His absolute essence (dhat), knowledge, power and wisdom that is behind my action…”

So, live with this consciousness and do not become veiled from the reality with beliefs that go against the truth.

Let’s remember the warning that was made to Muhammad (saw), also a ‘human’ like us:

“And you threw not (the arrow) when you (illusory self; ego) threw, but it was Allah who threw!”[1]

“It is Allah who created you and all your doings!”[2]

This is why one who says the Basmalah before commencing any activity is implicitly saying:

“I begin this activity with the qualities and power, and as the wisdom of Allah, the Rahman, the Rahim. I realize and comprehend that He is the absolute doer and this activity is manifesting from me as His wish and command.”

"You cannot will unless Allah wills (your will is Allah’s will)!"[3]

That is to say, “I am nothing, my life belongs to Allah as the manifestation of His name ‘Hayy’. As the expression of His attribute of knowledge, consciousness and knowledge are disclosed through me. Due to His quality ‘Mureed’, I am able to ‘will’ and with His power I am able to actualize my will!”

Another way to put it is:

Due to Allah being Rahman and Rahim, whatever manifests through me, as Earth’s vicegerent (khalifa), is on His behalf. I’m not doing it as ‘I’ the illusory self, but as the manifestation of His Names, and therefore as Him.”

One may wonder why the Basmalah is said silently while the Fatiha is recited out loud.