We usually just say the Basmalah without much thought… Then we recite the Fatiha for our dead! Whereas, the Rasul of Allah has warned us “Salat, without the Fatiha, cannot be!”

I want to approach the topic from a different angle here and try to discern the reason for the repetition. That is, if the Basmalah is the first verse of al-Fatiha then why is ‘Rahman-arRahim’ repeated again in the third verse?

I want to draw your attention to the mystery of the letter ‘B’ in the beginning of the Basmalah. I had expounded this mystery in Muhammad’s Allah by referencing the late Hamdi Yazir’s interpretation[1] in regards to the letter B:

Acclaimed interpreters claim that the letter B here denotes either ‘specificity’ or ‘association’ or else ‘to seek help’… Based on this construal, the translation of the Basmalah (which begins with the letter B) should be: ‘For, or on behalf of Allah, who is Rahman and Rahim’ which denotes contingency. This is an admission of ‘vicegerency’. To begin an activity with the words ‘ON behalf of Him’ means ‘I am engaging in this activity in relation to, as a vicegerent to, as the representative of, and as the agent of Him, therefore this activity is not mine or someone else’s but only His’. This is the state of annihilation in Allah (fana fi-Allah) pertaining to the concept of Unity of Existence. 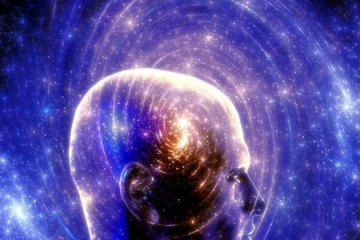 In light of this knowledge, we may say that, based on the reality denoted by the letter ‘B’, the Rahman and Rahim attributes of Allah emerge from the self. As such, the person can reach the bounties of Rahman and Rahim, both manifest and hidden, through his own essence.[2]

The next verse points to the apparent aspect of things, that is, the facet of the universe that the individual is capable of perceiving. In other words, all perceivable things in all dimensions of existence sustain their existence with the Rahman and Rahim qualities present in the Name-composition of their essence (Rububiyyah).

While the first verse designates Uluhiyyah as a derivation of one’s essence, the second and third verses indicate that the perfection of Uluhiyyah, which generates from the point of Rububiyyah within the essence of every individual in the universe, is composed of the Rahman and Rahim qualities.

Having said all of this, let us now think about who and what exactly we are referring to when reciting the following during bowing and prostration in salat:

What does it mean for my Rabb to be Subhan, Azim and A’la?

What is the intention behind repeating these words? What are we supposed to grasp and feel while making this invocation?

May Allah allow and facilitate its comprehension for us…

[2] For more information please read; The Exalted, Magnificent and Perfect Qualities of the Names of Allah (Al-Asma Ul-Husna)