Let us remember and be mindful of the following:

Keeping these in mind, let’s now try to discern this topic…

The Quran does not categorize ‘duality’. As far as the Quran is concerned, duality is duality, whether concealed or apparent. However, there are two forms of duality connected to the two aspects of faith, which are:

The two aspects of duality are:

As noted above, Allah does not favor the ungrateful. We usually interpret the act of ungratefulness as not knowing the value, not being thankful and displaying unappreciative behavior toward a good that is done or given by someone to us.

Whereas the verdict ‘Allah does not favor the ungrateful ones’ denotes the deeper reality that Allah wants His servants to discover and appraise the names and attributes endowed within their essence.

As such, the ungrateful ones are those who do not live by the names and attributes comprising the reality of their consciousness, and who instead confine their existence to the physical body and its physical stimuli and desires, living their life as if the sole purpose of their existence is to satisfy their bodily wants. 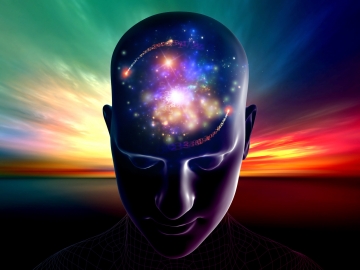 As for the second statement, ‘Allah does not favor those who overstep and exceed their place’, we usually understand this as, ‘If someone transgresses the boundaries imposed upon them it means they are exceeding their place’. Whereas, the very purpose of man’s creation is what defines his boundaries!

Man (not humanoid) has been created as the vicegerent of earth. The only way he can actualize this and attain the level of ‘the most dignified of all creation’ is if he becomes worthy of the principle of ‘vicegerency’. This will only be possible if he recognizes and believes in his conscious-self beyond his body-self, know with certainty that the association with his body is temporary and will be eternally abandoned at some point, and align his life with the universal reality disclosed by the Rasul of Allah!

Otherwise, as a result of deifying and serving his body, he will be of the transgressors, disfavored by Allah. He will be reduced to the state of Iblis, who was expelled from the presence of Allah. All of the doors of spirituality will be closed to him. Thus, for the sake of a few years of bodily temptations he will forever suffer the misery of falling separate from Allah.

He who does not learn from yesterday’s mistakes will not be able to evaluate today and will be damned to repeat the same mistakes tomorrow!

This directs us to the topic of duality (shirq)…

The Quran does not differentiate between types of duality. However, in order to ease its understanding it has been categorized as two types. External or apparent duality and internal or concealed duality; all of these terms have been used to refer to the duality formed in one’s individual consciousness.

The Rasul of Allah (saw) says: “After me, my people will not openly engage in external duality, what I fear on behalf of them is the hidden type of duality.” That is, they will not be aware that their deeds will have implications of concealed duality.

Eventually, it does not matter what type, duality is duality, and is not subject to forgiveness.

When Allah’s Rasul says “I fear for my people” it is in terms of duality being an unforgivable act, regardless of its type.

What does this mean in respect of sunnatullah?

Since there is no God what does it mean for duality not being subject to forgiveness? Who will not forgive duality? What are the reasons and consequences of this?

Shirq is the name given to the act of deifying and serving things other than the One denoted as Allah. This deity may be an external or an internal one (self).

Whereas the One denoted by Allah has created the individual to serve only Him!

But what does it mean to serve only Allah?

When the person recognizes and activates the qualities of the Names comprising their essence within their consciousness, that is, when they adorn themselves with the morals of Allah, or, express their potential divine qualities as much as their brain allows, they are serving Allah. This is the purpose! As for the ‘means’, it includes the various practices known as ‘prayer’, diets that need to be done at certain times, and acquiring the kind of knowledge to enable conviction and certainty in this path.

What prevents man from adhering to these practices is his illusion of corporeality and mistaking his bodily desires as the desires of his consciousness! This illusion is the person’s devil! A humanoid is one who is a servant to this illusion! For such a person only bodily pleasures, relationships, and a lifestyle based on corporeality is real. Hence, these people have been defined as ‘dualists’ (people of shirq). Once a person is caught up by such ideas, it is very difficult for them to escape! Thus, duality (shirq) is said to be ‘unclean’ (najis)!

“Verily the dualists (who claim the existence of their ego-identities alongside the Absolute Oneness) are contaminated...” Quran (9:28)

On the other hand, the Quran refers to the purified (tahir) as:

“...None but the purified (from the dirt of shirq – duality – animalistic nature) can touch it (i.e. become enlightened with the Knowledge of the Absolute Reality).” (Quran 56:79)

For, as long as one is in a state of duality, they will not be able to clearly discern the truth.

If the individual consciousness confines itself to the physical body and lives in pursuit of bodily pleasures at the expense of causing harm to others, then the ritualistic practices they may observe in the name of prayer will only be their way of deluding themself to ease their conscience.

The message is definite:

Allah will not accept any of the deeds of the dualist. The dualist does injustice only to their self.

As for dualism being an unforgivable act…

A person whose life is driven by bodily stimulations rather than the essence of their consciousness, that is, the One denoted by the name Allah, squanders all their energy and thoughts on things they will indefinitely leave behind in this world. Consequently, their spirit will only be loaded with worldly data that will be totally useless in the afterlife. As they will not encounter the people and events of this world in the next, the data pertinent to this world will be rendered invalid in the next plane of existence.

Man must acquire and use the primary forces of the ‘System’ in order to survive in future dimensions!

If he allows his worldly conditionings, values and emotions to restrict himself to his body and bodily amusement then he will be automatically deprived of the qualities mentioned above.

Therefore, if we are ungrateful to the knowledge disclosed to us by the Rasul of Allah, transgressing our boundaries, we will partake in activities inducing corporeality, and thus, in the dimension where each will face the consequences of their own doings, we will live the results of duality as injustice to our selves! For, in the mechanics of the System known as sunnatullah there is neither place nor forgiveness for duality.

Allah does not favor the transgressors!

Allah does not favor the ungrateful!

Those who engage in duality and are unjust to themselves for the pleasure of a few fleeting things, will suffer eternal misery and expulsion!

Whether concealed or apparent, duality remains just that: duality!