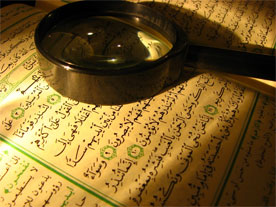 An Important Note About Understanding 'Decoding The Quran'

This work construes the Quran through the perspective of Sufism and the unity of existence, and through an enhanced knowledge base that has become available to us thanks to continuous scientific development.

The contents of this book will not only be instrumental in clarifying misconceptions surrounding Islam and the Quran, but also provide its readers with a true comprehension of their meaning.

FREE Copy of the Quran