As we know, the Quran refers to the event known as ‘death’ as an experience which every ‘soul’, i.e. every ‘individual human consciousness and spirit’, will ‘taste’.

But what exactly is meant by the word ‘taste’? With what intention is this word used?

The word taste is usually used in reference to nice and pleasurable things. The original Arabic word ‘dhaika’ is also used in the same way. Hence, death is actually a pleasurable, taste-filled event for the conscious spirit, who will have become free from the constraints of the physical-biological body and all its limitations!

Every individual will eventually change dimensions through tasting death. The Quran uses the phrase ‘tasting death’ to imply this transition of dimensions.

Death is an enjoyable, pleasurable experience, for, through death, the person becomes free from all the restrictions of the physical body and begins an unconditioned existence.

The database formed by all the information acquired by the person in their entire lifetime will begin to perceive and evaluate the new dimension to understand it. This new dimension will seem like a bright, luminous and dazzling environment for the person. They may encounter creatures in this new dimension that they were not able to see before, which impose false information to them, such as the nonexistence of a creator, and ideas about creation existing randomly and independently.

At this point, the faith of the person in their earthly life will be of paramount importance. If the person’s faith in Allah’s Rasul and his teachings was not wholesomely established during their earthly life, they will be very susceptible to the delusions imposed by these creatures and to denying all the values pertaining to true faith. They will not have any spiritual values on which they can rely at this point. They will be unable to activate any of their potential forces pertinent to this new realm, and hence they will be helpless and subject to all sorts of torment from the creatures of this new dimension.

On the other hand, if the individual’s faith in Allah’s Rasul was solidly established in their earthly life, they will know that the values of their faith are also applicable in this dimension, and that, with the aid of Allah, they will overcome these troubles and not be subject to the delusional effects of these creatures.

Of course, this encounter will occur once death is definite. Those who have near death experiences will not have such encounters, as this experience pertains to the period after which the spirit totally leaves the body and the deceased is left alone before their first ascension.

During this transition, those who are greeted by their close ones and religious leaders in whom they believed, will be face to face with the manifestation of their own databases. Just like in the dream world!

The spirit of a conscious person, whoever they may be, will initially begin to ascend towards their own essential reality when the connection to their body is completely severed. The quality of this ascension will be determined by the level of purity of their consciousness. Of course, this will not be a physical ascension but one that is directed towards their essence and reality, based on the authenticity, accuracy and purification of their data.

If they believed they were only the physical body and lived their entire life driven by bodily needs and wants, the data stored in their spirit will necessitate their return to the body such that they feel themself as the physical body once again. Albeit this time, they will find their body inoperative and totally useless. This is when the person will feel that they are in their grave. In the case of those whose bodies may have been injured, cremated or extinguished somehow, they will encounter their own mechanism of inquisition, independent of the body.

Imagine that! You have spent your entire life confined within the material boundaries of your body, and one day you wake up to find yourself in a completely different dimension, in the midst of events and beings of which you had never imagined! Try to imagine and feel the shock such a person will experience! 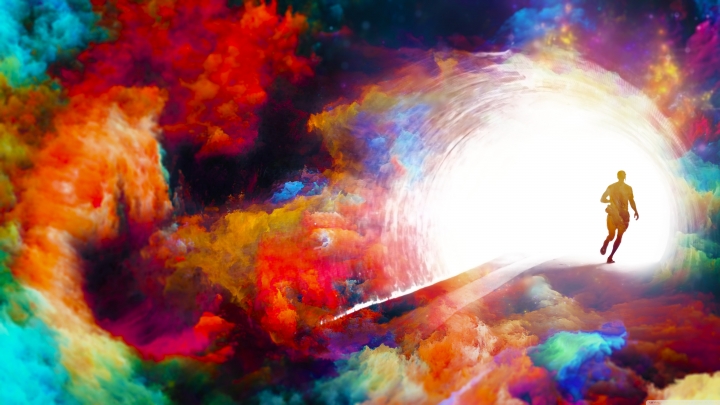 While some will be prepared for this impending transition due to the knowledge and practices they attained and partook on earth, some will encounter all this with no preparation whatsoever.

This change of environment and all the new events encountered by the person will automatically activate the inquisition mechanism within one’s consciousness.

Where am I? What will happen to me? Who actually controls this being? Is there a God? Does Allah exist? If so, what is it, where is it, and so on…

All these questions will be asked as a result of the person’s own conscious database, taking form and materializing as the two angels, Munkar and Nakir.

Though the rest of this process was already explained in the chapter, ‘INQUISITION’, I would like to add another important point while we’re on the topic.

How will those who ‘died before death’ experience this transition?

‘Dying before death’ has three stages:

The first (Knowledge) denotes the certainty one attains via first hand observation. This person will be subject to all the different after-death experiences disclosed above, however, their reactions will be very different.

The second (Eye) involves the state of certainty where the person sees, perceives and feels the events as though they are actually living it. This person will also go through all the stages described above.

Although these individuals live in this world with their biological bodies, they also possess, through acquisition, the independence to live beyond the limitations of their bodies.

Since they would have already overcome the inquisition process at the point of ‘fath’ they will not be subject to it again in the grave.

This is signified by the words ‘Allah will not make you taste a second death’ uttered to Rasulullah (saw) at the point of his transition. That is to say, since you have already gone through and overcome this process through self-conquest (fath) you do not have to live again what everyone else has to go through at the point of tasting death.

The chapter ‘Al-Fath’ in the Quran also designates this truth; though, those who haven’t attained the depth of its true meaning evaluated this chapter in relation to the conquest of Makka alone. Those devoid of this knowledge, think ‘second death’ refers to some other form of death in the future.[1]

I will be grateful if I have been able to shed some light upon this topic.

[1] More information about this topic can be obtained in The Power of Prayer in the chapter titled ‘Self-Conquest’ (fath).