Because there is no ‘God’! There has never been a ‘God’!

Surely, there are imaginary gods in people’s minds. In fact, the majority of the people in the world, who identify with various different belief systems, all have such a god in their minds! But these postulations are absolutely incorrect and have no relevance to the reality.

Muhammad (saw) served to warn people against wasting their lives based on their fanciful god-concepts, alerting those who had faith in him to the reality of “La ilaha…”[1]

In the past, when people talked of a God in the heavens and his ‘son’ who has descended to earth, or of angels with wings, the Rasul of Allah denounced these concepts precisely and concisely with the chapter al-Ikhlas. 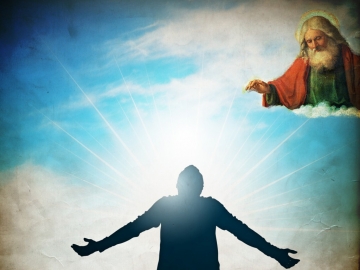 Belief in a heavenly God will only lead to suffering! For, such a belief forms an expectation from a being beyond. This in turn leads to apathy, sluggishness and laziness! Whereas the truth is, everything is present within the enigma of man’s own essence! Not outside! With this mystery, man has the capacity and capability to do many things and at any time.

When those who believe in an external God find out He doesn’t actually exist, this disappointment is only going to cause profound suffering for them!

There has never been a God in space, or in another galaxy, who sent messengers or a SON to earth!

This does not mean those who believe in a ‘God’ will enter paradise.

There is a subtle point here:

Muhammad (saw) is hinting to the necessity of cleansing one’s self from the concept of godhood. In other words, from duality (shirq)…

Anyone who comprehends the true meaning of chapter al-Ikhlas will know there is no God outside and beyond!

The Quran is filled with verses that state godhood leads to duality and dualists will remain in hell forever. What could be the reason for this? Since there is no God, why will the dualists remain in hell and burn forever?

This is an important point to consider and understand!

He who does not have faith in Muhammad (saw) and does not bear witness that he is the Rasul and Nabi of Allah, could not have truly have accepted the religion of Islam and sunnatullah (System and Order) disclosed by the Rasul of Allah! Thus, one who hasn’t accepted this System and Order will only live according to their own conjectures and will have to face the consequences!

Everyone shapes their own hell or adorns their own heaven with their own capacity of comprehension and the lifestyle they choose for themselves!

He who does not have faith in Muhammad (saw) and does not testify that he is the Rasul and Nabi of Allah cannot recognize and comprehend the One denoted as Allah, as disclosed by Muhammad (saw). This will automatically lead him to believe in a God he creates and adorns in his mind, which in time he will begin to dislike, find faults with and criticize! 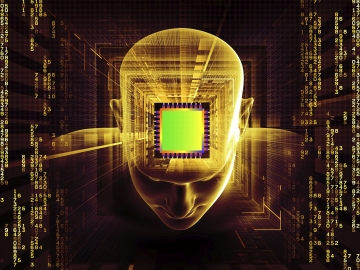 The laws and principles of this system, some of which we perceive and understand while some of which we don’t, are referred to as sunnatullah in the Quran. It is the System and Order that we have come to know as ‘Religion’.

Based on the holographic reality, all of the universes are present within every single atom!

The Rasul of Allah shared this knowledge approximately 1,400 years ago with his words: “The part mirrors the whole”.[2]

All of the universes have come about from a single ‘point’ and they function according to the laws of sunnatullah.

Like the angle formed from a single point on the shape of the letter ‘K’, all the universes are contained within a single angle… But on the vertical line forming the letter ‘K’ there are countless other points! Beyond this is unfathomable! The least we can think of in reference to the existence denoted by the name ‘Allah’ is this greatness!

Thus, the One denoted by the name ‘Allah’ is such magnificence that assuredly He is far and beyond the concept of godhood!

To provide a visual depiction, all individual manifestations can be viewed as separate cones. But some only recognize the two-dimensional shape of the cone alone, and think of themselves as flesh and bone. While others recognize the three-dimensionality of the cone and observe the Dimension of the Names (the realities that comprise the essence of existence) all the way back to the apex of the cone, the ‘point’ of origin!

What we must do is have faith in the Rasul of Allah and the One he disclosed to us as ‘Allah’, so that we can shape our lives accordingly!

When those who believe in the Rasul of Allah, Muhammad (saw), and the reality he taught as: “There is no God. There is only Allah” pray together, the Imam never recites the Basmalah aloud; he begins the recitation from the verse ‘Alhamdu…’

Because the Basmalah contains the secret of the letter ‘B’, which means every individual has to READ and experience the ‘B-asmalah’ based on the mystery within their own essence!

Salat can only be experienced by READING al-Fatiha, this is why the Rasul of Allah asserts “Salat cannot be without al-Fatiha.”

The path to Allah is not an external one that goes to ‘beyond’, it is an internal one, from one’s consciousness to his essence!

Believing in an external God means turning towards the sky or space!

This has nothing to do with culture or race! The word ‘Allah’ is a proper noun, it is a name! And no name can be translated into another language! It can only be used as it is!

I have no further point to make to those who still fail to see the difference between the name Allah and the general concept of ‘God’!

[1] I have covered the topic of how and why ‘Allah’ is not a heavenly God in full scope in my book Muhammad’s Allah.

[2] Please refer to The Observing One for more information on this topic.