The Rahman is the possessor of grace, who forms all things from Himself with Himself.

The forms of grace can be divided into two: absolute grace and attribute-based grace. It can further be categorized as general grace and specific grace.

Absolute grace refers to the fact that the existence of all beings depends on the Absolute Essence of Allah, thus it is said the grace of Allah encompasses all things.

Attribute-based grace refers to the notion that all meanings that become manifest on all beings depend on the Names of Allah in their original state (before their compositional states).

General grace is the most comprehensive grace, it is with this grace that all sufferings in the afterlife will eventually end one day, even if they’ve been confined to hell eternally. The grace of the Rahman covers even those in hell!

Even though the Quran says some will remain in hell forever, it does not say they will forever be subject to suffering. This is the result of general grace.

A common question is, “If Allah has so much grace, why does he cast people to hell in the first place?”

Hell is one of the most misunderstood concepts in religion.

Why has hell been created?

Are there residents in hell?

What are the creatures of hell?

Why do people go to hell?

Why do people burn in hell?

Are there different types of burning?

How can one continue to live in fire?

Unfortunately, illogical and absurd answers to such questions have forever pushed people away from understanding…

The word hell has a general meaning and a specific meaning.

In general, it means the state and environment in which people are subject to suffering.

In this sense we can talk about hell on earth, hell in the grave and hell at the place of gathering (mahshar)… The prison, hospital or other environments to which you are confined, for example, may be like hell for you; these are all relative forms of hell. Even the hell that is experienced in the realm of the grave is a relative form of hell.

There is also an absolute hell, which according to my observations, is the Sun. Not in the format that we perceive it right now, but as its radial twin that also currently exists. Those who die and pass on to Earth’s radial twin can see this.

That’s when all the spirits that are subject to Earth’s magnetic field, that is, humans with holographic bodies, are going to want to escape from Earth, as Earth loses its magnetic pull.

Those who’ve practiced the recommended practices, such as prayer and dhikr –all of which have been advised to strengthen one’s spiritual energy rather than as an offering to a god – will be able to escape the Earth and the Sun’s flames of radiation… This has been symbolized as the bridge of ‘sirat’!

The flames of hell have been called ‘samum’ in the Quran, which means toxic destructive radiation.

The Sun’s radiation, which destroys matter and burns and deforms the radial bodies of people, comprises the gigantic flames of hell, which even today reach 800,000 km in height! Imagine their size when the Sun is 400 times bigger!

There are two types of suffering in hell.

The first is physical; the second is spiritual and thought-based.

Physical burning is when the photons of the highly heated radiation of hell deforms and destroys the radial makeup… The second is the burning that will occur when the false information and conditioning in one’s mind is invalidated and destroyed.

This is primarily due to one’s ego, the sense of self, possessiveness, ambition, thinking you are the body and thus living in pursuit of bodily pleasures.

Think about the sense of burning you feel when you lose something you own. Whereas if you can just say “Allah gave it, Allah took it” your suffering is going to end immediately, perhaps you’re not going to suffer at all.

Essentially what constitutes the sense of suffering (or burning) in hell is the environmental conditionings, the value judgments resulting from them and the emotions that spawn from them.

Whenever you find yourself saying, “This must be like this" or "it has to be like that” behold, you’re going to suffer, it’s inevitable!

For, like it or not, at some point it’s going to change or turn into something else, and this is going to cause you to suffer!

The great majority of the people start suffering while still living on Earth. Some start suffering upon death, after departing their biological bodies, as this is the biggest loss of what they thought they owned!

So, why is suffering a grace?

Why do people of paradise burn in hell first?

Because one can only go to paradise if one is completely free from their conditionings and incorrect value judgments, and this only happens via burning.

Grace causes one to burn, to suffer and become cleansed! Burning rids one of unrealistic thoughts, emotions and conditionings!

People suffer when they encounter ideas or situations that go against their conditioned beliefs. If the person can get over their fear of ‘what others might think or say’ and proceed towards their true purpose, in alignment with their beliefs they will be saved from most of their suffering…

Adopting and practicing the truths of Sufism enables one to recognize their essential reality and saves them from burning while still on Earth. If there was no hell and we weren’t subject to the cleansing process through burning, we could never reach and experience the state of paradise. 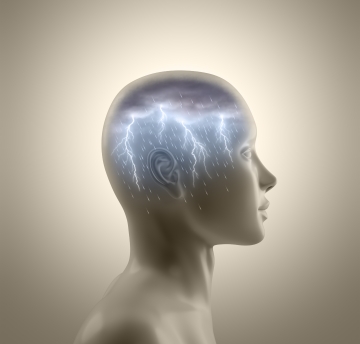 Thus, burning is actually an amazing mechanism of mercy and grace, similar to amputation done to remove a diseased organ.

As for the creatures of hell…

Because our brains have been programmed to evaluate only the data received through the five senses, we are oblivious to all the life forms that fall outside this perception range. Yet, besides all the life forms on other planets, we’re not even aware of the jinn who constantly try to manipulate and affect our brains!

The Quran refers to the conscious creatures that live in the Sun as ‘zabani’. They are also a type of angel. Due to their luminous knowledge (nur)-based makeup and the fact they are formed within that environment, they live under what may seem extreme conditions to us, without being adversely affected, like water is the natural living environment for fish.

They have extremely large bodies and the ability to move very quickly compared to other beings. Just like fish dwell in water, swallow water and breathe water, the zabani dwell in fire, they eat and breathe fire. They play with the humans and jinn that go there as though playing with a ball, picking on and bullying them for not listening to those who warned them about hell…

Just like we think we have the liberty to treat animals however we like, caging them, taming them, punishing them to teach them certain skills and domesticate them, the zabani do the same to those in their living environment, oblivious to whether this causes them suffering!

The word zabani means ‘to degrade, humiliate, insult, etc.’ They are domineering and commanding beings of such enforcing power that anyone that is subject to their harassment is bound to be ridiculed, insulted, degraded and caused to suffer. Similar to some people who are possessed by the jinn and end up on the streets miserable and distraught, or the circus animals who are put through so much torture or the animals used in laboratories for experimental purposes!

No doubt, the best thing to do is to avoid such places!

I’m assuming I’ve sufficiently explained why hell is grace and, contrary to common thought, people aren’t sent to hell so they suffer but as the natural consequence of their actions that results from their incorrect thoughts and emotions, that is, suffering is the resulting effect of such false conditionings.

Now on to specific grace…

Specific grace is a distinct form of grace, specified for those whom He has chosen for Himself…

“Allah chooses for Himself whom He wills”[1]

“He is not questioned (called to account) for what He does!”[2]

First He rids the servant whom He chooses for Himself from ‘hidden duality’, the ego-identity and the concept of an external god, then he moralizes him with His own morals, then He rewards him with ‘unveiling’ (kashf) and self-conquest (fath), enabling him to experience the life of paradise! Beyond this is only known to those who experience it!

There is also another meaning denoted by the name ‘Rahim’.

We said the grace denoted by Rahman is related to cleansing, which inevitably causes some form of pain and suffering. Though the amputation of an organ is seemingly an intense form of suffering, the fact it’s done with the purpose of saving one’s life causes us to thank the surgeon rather than be upset with him. This kind of grace, which initially causes pain and suffering, but is essentially for a beneficial outcome, is Rahman-based grace.

The grace of the Rahim, on the other hand, is not for the purpose of cleansing or teaching, but purely to give pleasure via beauteous experiences. This is the kind of grace that will be experienced in the life of paradise.

However, let us be mindful that the Names of Allah are constantly in effect. Hence, to think the meaning of the name Rahim is currently ineffective and will only be in effect in paradise is a complete misconception. The name Rahim is in effect at every instance, whether we realize this or not.

There are many people who have and who currently are experiencing the manifestation of this Name on Earth, while others only experience it in paradise, perhaps without even knowing how and why it is formed.

The meaning of the expression, ‘La hawla wala kuwwata illa B’illah’ is also from the Rahim.

Thus, it is utterly incorrect to think the name Rahim will only be in effect in paradise, in the life after death, especially when infinite amounts of angels are constantly subject to the effect of this Name!