Does everyone see the same things?

Why do some see things others can’t?

How do we see in our dreams?

How do some see jinn?

Can angels be seen? If so, how?

Can one see the countenance of ALLAH? How?

What is a nightmare and how does it form?

How are we going to see in the realm of the grave?

How will sight work at the place of gathering (mahshar)?

How is sight in heaven and hell?

And so on and so forth…

Let’s begin with remembering what sight actually means. If the waves that reflect from the objects in front of us are between four-thousandths of a centimeter and seven-thousandths of a centimeter, our pupils convert these waves into electromagnetic signals and transmit them to our brain. Then, based on the existing database, a synthesis is formed and an image is generated. This imaginary image is what we claim to ‘see’. 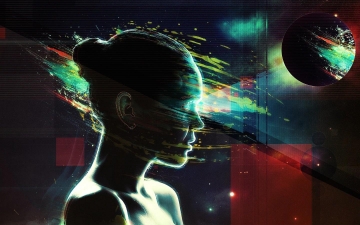 The brain begins to receive and store external data while still in the womb. Every new data input, i.e. all waves that we perceive or don’t perceive, is stored inside the brain, in an area of similar frequencies and cell groups.

All data waves stored inside the brain are synthesized with existing waves to form new compositions at all times. A wave composing a thought, for example, may be voluntarily directed to the person’s center of vision and synthesized to form images. Depending on the brain’s program, this may also be involuntary, in which case we begin to see illusions or hallucinations.

There is a significant difference between hallucination and the sight of saints, Rasuls and Nabis. Drug-induced hallucinations are driven by jinn and they comprise baseless ideas not supported by the system. Such ideas and images have nothing to do with the reality of the system in which we’re living.

The unveiling experienced by saints, Nabis and Rasuls, on the other hand, depends on waves comprising the primary principles and realities of the system.

Please allow me to emphasize once again:

The idea that our spirit came from the heavens, from the spirit of god, that it sees and knows with the divine powers it possesses, that it’s going through a trial in the body and that it will return to god – at which point it will be judged and either sent to heaven or hell – and that we see and hear through this spirit, is nothing but a misevaluation and an erroneous interpretation of symbolic expressions.

Thus, we would be wise to look for the answers inside the very system we’re part of rather than searching outside.

To reiterate, the brain thinks, feels and sees within the limitation of the data waves it receives. While doing this, it simultaneously uploads all of this information to the wave-body we call the ‘spirit’.

But, if the spirit is composed of waves, how does it stay as a single unit without becoming scattered?

Just as the cells composing our body are electrically attracted to each other, the same law of attraction applies to the brain, and since the brain produces the spirit, the same quality is passed to these waves, ensuring their unified existence. Hence, the spirit body will continue its indefinite existence in the afterlife as a single unit.

Let’s now analyze the act of seeing that isn’t based on the eye... That is, imaginations, hallucinations, dreams, visions, revelations and insights. 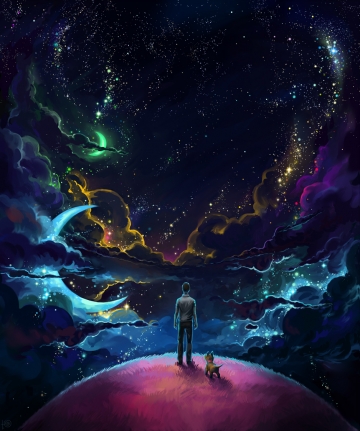 Dreams result from the stimuli the brain receives from the angelic and astrological effects that take place during the night, which are synthesized with the relevant data forms in the brain, then transmitted to the brain’s center of vision at specific intervals to generate the images we see in our dreams.

Dreams need to be interpreted by qualified people because they are symbols based on the person’s database; they need to be decoded.

Hallucinations can be triggered by drugs or jinn. The brain circuitry responsible for illusion turns the accumulated data of one’s local culture and values into symbolic images. Illusions (thinking something exists while it doesn’t or vice versa) can be triggered with drugs or jinn-based waves, driving the person to see things that don’t actually exist.

Unveiling can be of two kinds: either with vision or without… Unveiling is the ability to evaluate and READ the system based on one’s genetic capacity and database. If these evaluations are passed to the center of vision through the filter of one’s database of local values, then the images that are generated need to be interpreted…

If, on the other hand, the center of vision is not involved, then there’s no need for interpretation. This type of unveiling is also known as an introspective observation, insight or epiphany. Consequently, the person gains insight into the inner mechanics of the system and order of Allah.

Revelations can be also divided into two general groups: those with vision and those without. Revelations are formed via angelic means. It is known that angels are formless beings, yet it is also known that Nabis who have received revelations have often seen angels, for example Gabriel, in the form of a man.

The reason for this according to my understanding is:

Sometimes, during the process of READing, certain realities become disclosed in the brain according to one’s brainpower and database, and transmitted to their center of vision as symbolic forms. Thus, the person thinks he has received this information from that form, or he deliberately says this to not contradict the general conception of the masses.

Sometimes the person emits these waves outside so forcefully that others in the vicinity are also able to see the same form. Similar experiences occur among those who claim to see UFOs. The waves comprising the image generated in one’s brain is emitted to his surroundings enabling others to see the same thing.

As such, during the process of revelation, Nabis and Rasuls have seen angels as symbolic forms generated by their database. For we know neither Gabriel, the angel of revelation, nor Azrael, the angel of death, nor any of the other angels have physical forms, they can only be perceived as forms according to the observer’s database.

Having shared this information, I hope I was able to stress the fact that seeing isn’t the point, but it is the proper evaluation, comprehension and application of knowledge in our brain.