There is a Sufi saying ‘Hu by origin, Hu by descent’…

Doubtlessly, the origin or essence of a person and their entire existence is important… However, just as the core matters, so does the shell!

The core is important, for if one is not acquainted with their essence, they will look for an external God, outside themself far out in space, deviating from the essence of the ‘religion’ disclosed by Muhammad (saw).

Religion has two main purposes. One is to believe in Allah such that one fully comprehends that there is no external God. This has to do with the essence. The second purpose pertains to the shell or the outer aspect.

The religion of Islam discloses a system, albeit single-minded theologians seem to deny this…

Some theologians and formalist intellectuals who approach religious texts ‘literally’, and who are devoid of systematic thinking and the universal knowledge disclosed by modern sciences (e.g. quantum physics, the holographic reality, and so on) confine religion to memorization and imitation, still preaching absurd ideas such as a God sitting on a throne in the heavens, who sends down commandments to His postman-prophets on earth via His angels! According to these people, the jinni travel some kilometers up to the heavens where they apparently retrieve information from the angels, and then they relay this information to the psychics on earth!

Far beyond being men of knowledge, such people are the representatives of materialist Muslimism based on outdated, archaic, primitive ideas from centuries ago. Whatever their title may be, they are fundamentalists devoid of systematic thought capacity.

How primitive to think there is a God in the heavens, with messenger angels under His command, and postman-prophets on earth! How archaic to think those who obey His commands will be let into paradise, while those disobey will be thrown into hellfire as a punishment!

These people have neither any idea about the reality of Allah, nor any understanding of the dimension referenced to as ‘angel’. They don’t know that the concept of ‘prophethood’ does not exist in Islam. Instead, Islam asserts ‘Risalah’ and ‘Nubuwwah’, which actually have very different meanings to their common conception. They don’t even know the purpose for which the religion of Islam has been disclosed to humanity!

Having said all this, let us now focus on the ‘shell’…

Those who imitatively adopt the reality of unity disclosed by the religion of Islam, without discerning the ‘system’ on which it relies, always fall into the following misconception:

“Since there is no God out there, and since the One denoted by the name Allah is the ‘Essence’ known through the attributes of knowledge and power that comprise the essential reality of the entire existence, there is no God I need to worship! Therefore, I should not need to pray, fast, perform pilgrimage, chant names (dhikr) or engage in any other form of spiritual practice! Since I am now at this awareness, I do not have to perform any of this!”

This idea is completely and absolutely incorrect! It is such a misleading thought that its cost is unfathomable![1]

Yes, the essence of man and the essence of the universe are one and the same. However, what distinguishes man from the rest of creation is his composition! 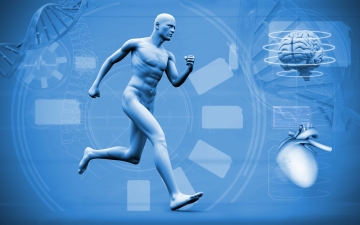 What does this mean? It means, in respect of unity, no matter how much a person recognizes, feels and experiences their essence as the One Reality, ultimately, the person lives their life dependent on the conditions of their bodily life.

Just like this, no matter how much one comprehends the ‘reality’ of the universal essence, their life still depends on the state of their body and spirit!

As such, the religion of Islam recommends the compulsory practices known as ‘prayer’ not so we worship and deify a God somewhere beyond, but so that we reach the reality of our essence and manifest this infinite potential within our essence through our brain and upload it to our spirit.

The energy waves generated by one’s brain through the prayers for protection form a magnetic shield around the person! Prayer activates the protective angelic forces within one’s essence. Man is not the only species in the universe! Man needs protection! We must understand this!

If you fail to perform these practices, the necessary energy combinations of expansion will not become activated in your brain and thus, the light of knowledge (nur) or energy yielded by them will not be uploaded to your spirit. Consequently, when you taste death and leave your physical body, your spirit body will be deprived of the forces you will need in the next dimension. Since at this point, you will not have the means to produce this force, due to not having the physical brain, you will forever feel the agony and pain of this deprivation. You will have thrown yourself into the hellfire with your own hands.

Allah need never punish His servants. Everybody will live the consequences of their own doings.

We must comprehend this reality well…[2]

[1] I have covered this topic in detail in Know Yourself.

[2] More information on this topic can be obtained in Muhammad's Allah, The Call,  and The Power of Prayer.