Is the Islamic way of life about beards, headscarves and turbans, and dress codes?

What could the Sunnah of Allah’s Rasul really be about?

What exactly is the Islamic way of life, the Sunnah of Allah, or ‘sunnatullah’?

For some, it means an Islamic lifestyle based on growing a beard, having a moustache, and wearing a white dress and turban!

Following the Rasul of Allah, for these people, means to employ the dress code of 1,400 years ago, and to apply the customs and traditions of that century! These are the Muslims who claim wearing short-sleeved shirts makes one a blasphemer (qafir)!

One need only look at the words of Allah’s Rasul (saw) in regards to Hadhrat Ali to understand the state and misunderstanding of the Muslims who killed him for being contrary to Rasulullah’s (saw) path!

Discern well those who exploit religion, turning it into a ‘sovereignty’ in which they reign and rule over the people, all under the guise of ‘serving’ religion!

As some of my views, which I shared in private company, were somehow published on the internet, I wanted to clarify this topic in person…

Please think seriously about what I am about to tell you! 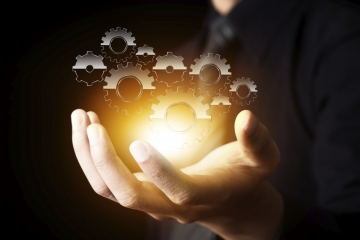 When I was around 20 years old, approximately 40 years ago, I saw the Rasul of Allah (saw) in my dream in which he instructed me to go and see Hadhrat Abu Bakr… The rest of it isn’t important; suffice it to say, later that year I wrote a book on Hadhrat Abu Bakr, and after that, a book called Muhammad Mustapha (saw) comprising hadith relating the life of the Rasul of Allah (saw) during his years in Mecca.

I mention this because I had thoroughly researched the lifestyle of that time, reading approximately 60 thousand authentic hadith as reference.

Think about this… the Rasul of Allah, Muhammad Mustapha (saw), was born into a pagan Quraysh tribe who were idolaters. His grandfather, uncles and all his relatives had the same belief system.

He was born and raised among them, he dressed like them, he grew a beard like they did, he wore a turban as they did, and he sat and walked and ate like them…

This was the lifestyle he had before becoming the Rasul of Allah.

At 39, as the Rasul of Allah, he became aware of the universal reality. When three years later, his Nubuwwah was activated through revelations, he was able to teach the requirements of eternal life.

During this time, he changed neither his beard, nor the way he dressed!

He continued to dress and wear a turban like the men in his tribe and kept his beard! He even continued wearing his colorful striped caftan…

Hence, when we understand and apply the sunnatullah we practice the Sunnah of Rasulullah, not by growing a beard or wearing a dress and a turban!

It is important to note that the Rasul of Allah (saw), neither interfered with the dress code of the idolaters, such as Abu Jahl, Abu Lahab and their successor Yazid, who murdered Rasulullah’s (saw) grandson, nor did he concern himself with such trivial matters. In fact, he continued to dress and live just like them.

Such things have no relevance or significance to the application of religious requirements, these things have no pertinence to the reality of an eternal life and the knowledge of the One known as ‘Allah’!

A person who is guided to the reality by Allah may still continue to comply with the customs and traditions of their community, without following them in matters concerning sunnatullah; they can continue to share knowledge regarding matters about which they have received guidance!

In other words, the Sunnah of the Rasul, far from rejecting the customs and traditions of the community, entails their compliance!

For religion has not come to reform our dress code!

Religion has no business with such insignificant matters!

According to Sunnah, people have the right to dress, read, work and live as they wish, so long as they don’t disrupt the peace of their community, despite how controversial and contradictory this may sound to those who fail to understand the mechanics of the brain and are stuck at the level of their body!

To judge someone’s faith and religion by their dress code is a conspicuous display of a primitive, underdeveloped thinking and is the output of an imitator brain.

The Rasul of Allah (saw) strived to teach the people about the system and order in which they lived. He urged people to comply with the ‘system and order of Allah’, called ‘religion’, so they may be prepared for their eternal lives.

A ‘religious’ person means a person who researches about, understands and complies with the system and order of Allah! Thus, based on the realities he READs, a religious person is one who ‘protects themself’ against the dangers of the future.

To follow the Sunnah of Allah’s Rasul is to adopt his views and to walk on the path he advises by implementing his recommendations and attaining a graceful future. It is not to waste a lifetime immersed in imitation!

To follow the Sunnah of Allah’s Rasul is to share the knowledge he has been endowed with, without expecting anything in return! It is not to distract people with stories of clothing and attire!

The warning “One who likens himself to a tribe belongs to that tribe” implies that we belong to the community with which we share the same ‘ideology and beliefs’ not the same style of clothing! 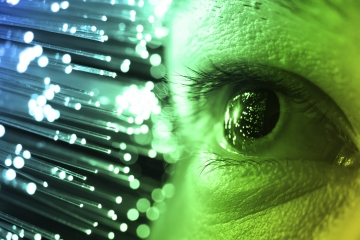 Some people have forbidden the questioning and inquisition of religion, thereby yielding an increase in the number of unintellectual brains that operate by memorizing and copying…

The world is the abode of wisdom (hikmah) and everything expounded by the Rasul of Allah (saw) is based on wisdom. The intellectual is the one who inquires, questions and researches the teachings of Rasulullah (saw) in order to decipher the wisdom in his words.

This is why the Rasul of Allah (saw) says: “Wisdom is the lost property of the believer.”

One who has a discrepancy or a contradiction in their system of thought does not comprehend religion, fails to READ the mechanism and lives only as an imitator of the system in which they live. Religion does not accept imitation!

Imitating a physical action may produce the same outcomes, but one cannot imitate comprehension!

To be ‘faqih’, that is, to be a person of ‘understanding’, is the blessing and favor of Allah, to free a person from imitation.

Faqih does not mean one who memorizes the rules of fiqh (Islamic law)!

The invention of the tape recorder outdated that notion decades ago!

Religion has been disclosed to us as a READable source, such that we recognize the system and order of which we are a part and our place in it, but most importantly, so that we get to know ourselves, discover the treasure within our essence, and eventually know the One whose name is Allah in accordance with the holographic reality!

Those who fail to understand this have obviously failed to read the chapter al-Ikhlas, though they may have repeated it a hundred thousand times!

The Rasul of Allah (saw) has conveyed the Quran so that we understand it and contemplate on it. Thereby, taking each step of our lives in congruence with the ‘sunnatullah.’ The Rasul has not come so that we squander our lives bickering and spreading rumors about hair, beards and clothes, and judging people!

What is the true understanding of religion introduced with the creed “There is no God or godhood besides the One denoted by the name Allah (La ilaha illa Allah)”?

If one wastes their life in imitation rather than occupying themself with the answer to this question, the consequence of their failure to read and discover their infinite treasures will be immense suffering and disappointment!

And alas! There is no concept of compensation in the system!

Note: This is my personal understanding and does not bind anyone. Some may wish to share it with others. And some may find it discomforting to their vested interests and forbid my writings because they cause the reader to ‘think and contemplate’…