The One denoted by the name Allah was disclosed to us by Muhammad (saw) who, rather than a prophet, was the Rasul of Allah!

What was his exception? How was he different to previous Rasuls?

Abraham (as), Moses (as) and Jesus (as) were all Rasuls of Allah too…

Why is it compulsory to confirm the Risalah of Muhammad (saw)?

Why is it implied that if we accept and confirm all other Rasuls but deny Muhammad (saw) we will lose everything?

As the last and final Nabi, and the servant and the Rasul of Allah, Muhammad (saw) had a uniquely distinctive role to Abraham (as), who brought the concept of ‘Hanif’, and Moses (as), who conveyed tanzih (incomparability) and Jesus (as) who taught tashbih (similarity). Distinctive to all these, Muhammad (saw) adjoined tashbih and tanzih and proposed the ultimate: tawhid (unity).

Muhammad (saw) READ the Sunnatullah, and through verses and hadith he informed people about everything they need to know based on this system.

Those who claim: “There is no need for hadith, the Quran is sufficient” neither understand the Quran, nor evaluate the signs pertaining to the One whose name is Allah, nor do they understand the functions of Rasul and Nabi! 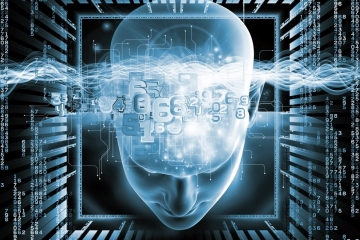 They still imagine a great God in the distant space who sends commands via His winged angels to His postman-prophets on earth! They have no idea about who Muhammad (saw) is or what his function is. They do not recognize Muhammad’s (saw) disclosure of the magnificent sunnatullah, the mechanics of the universal system that embodies the whole of mankind.

Like an android, they suffice with repeating the Quran andperforming the physical actions of the salat to worship their deity God! As such, they will pass through this world unaware of their loss! The incomprehension and unawareness of these realities will be their biggest punishment.

If the ungrateful one who denies the Rasul and claims the Quran is enough were to erase all the knowledge in their memory that they received from the Rasul of Allah, will they have anything left at all to say about the Quran and the knowledge pertaining to it?

Being ungrateful to the one who enlightens with the knowledge of Allah and Sunnatullah can only result in becoming completely and indefinitely veiled to the comprehension and experience of these realities. And this will not be in the form of a deity God sending punishment from the sky, but as the natural consequence of their own doings administered by their own essence. This occurs as an impediment in the brain, enforced by the mechanics of the system (sunnatullah). Any time one denies something they create an impediment between their self and the thing they deny!

The ungrateful ones who think of the Rasul of Allah (saw) as a postman-prophet impede their own paths by succumbing to their nonsensical assumptions.

Muhammad (saw) advised salat, which cannot be complete without READing the al-Fatiha, in respect of his Risalah. His observation of ablution (wudu) before performing salat, on the other hand, was the necessity of his Nubuwwah.[1]

Some compare and liken the recital of ‘Bismillah’ and the ‘al-Fatiha’ in salat, which for the spiritually adept is the experience of ascension (miraj), to yoga or the Nirvana concept in Hinduism. Whereas these practices have nothing in common! I will share more on this later.

Muhammad (saw) is the final Nabi, because he has revealed all and everything of sunnatullah concerning humanity. The topic of ‘sunnatullah’ is extremely crucial. One who fails to understand sunnatullah will never be able to break out of their cocoon; they will continue to live within their imagination. In Sufism, this has been expressed as being in the sleeping state, or dreaming. After all, how real is a dream?

Due to the conditions of the century it was revealed in, metaphoric and symbolic language was employed, but today, those with adequate scientific knowledge can ascertain and evaluate Muhammad (saw) in a much different light.

We must realize and accept the following absolute truth:

Even if the existence of the servant and everything pertaining to their existence is derived from the One whose name is Allah, the servant is still just a ‘servant’ and can never be Allah.

Muhammad (saw), despite his magnificent being and knowledge, and the qualities of Allah he manifested, was just a ‘servant’ (abd) and this will always be the case!

The reason for this lies in the words of Muhammad (saw): “The part is the mirror of the whole.” This statement says something about servanthood.

What is a servant?

A servant is one who must obey the wants of the One denoted by the name Allah.

Let me explain by way of examples:

A single fig consists of the numerous seeds within it. A fig fruit represents unity within multitude; it symbolizes individuality within multiplicity. This is why there is a chapter in the Quran, named “The Fig”…

Furthermore, the holographic reality dictates the whole of the universe with all its dimensions is present within every single unit comprising the universe.

Based on this, then, Allah is present within every iota of existence, with His Essence, Attributes, Names, the Arsh, Kursi, and the seven heavens and earth!

This applies not only to man but to all forms of life in all dimensions![2]

All beings in the universe possess a form of consciousness befitting its own individual make-up, and the dimension and life in which it resides. A being from one dimension cannot perceive a being in another dimension due to its structural properties.

Hence, due to these intrinsic levels within each being, every unit of existence has the opportunity to reach its Rabb, Maleek[3] and Ilah (God) through ascending or leaping between these levels within its essence, like an artesian well, or ‘uruj’.

In some individuals, knowledge flows from their essence like the outburst of water from the source, or a geyser.

In respect of the value denoted by their risalah, all Rasuls are equal. They differ, however, in respect of the attributes comprising the source of the knowledge disclosed to them. For some, the disclosure occurs from the attribute of Power, for others, from Knowledge or from Life.

Coming back to our topic, despite the manifestation of the attributes and qualities, and the disclosure of sunnatullah through and from Muhammad (saw), he is not Allah, he is only a servant (abd)!

This applies to all forms of existence, every single iota, in the universe.

The part is the mirror of the whole, but a part can never be the whole, even if the whole exists in the part. A part is a part, not the whole! 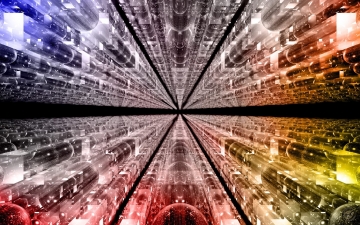 He who refers to the whole, which is based on the holographic reality, as the One who is denoted by the name Allah, will have grossly misjudged and will deviate from the reality.

A warning and reminder to those with such tendencies:

“The One whose name is Allah does not accept fragmentation!”

At this point, the meaning of the chapter al-Ikhlas should be revised and seriously contemplated. If, due to His Ahadiyyah (Absolute Oneness) and Samadiyyah (The Absolutely Self-Sufficient and Whole One), no existence can be considered other than Him, then in this respect, even the concept of unity becomes invalid.

As I had previously explained with the example of the letter ‘K’ in Muhammad’s Allah, the 11 dimensions of the universe, the parallel universes, or the multi universes, have all manifested in the Knowledge of the One, and comprise the holographic ‘whole’. A part is a mirror to this whole!

The Sufis of the past expressed this reality as ‘a dream within a dream’. The point is a dream in the sight of Allah... The whole that projects within the angle of this point is also dream… Every iota within this whole that mirrors the whole is also dream…!

This is why, even the whole that is holographically present in the part, cannot be the One denoted by the name Allah. It is only a ‘point’ emanating as a form of knowledge in His Knowledge!

That is, the 11 dimensions, or the entire collection of parallel universes, are present within every iota, like the seeds inside a fig. That is all. And even this is a servant (abd) to Allah!

If I have been able to share some insight here then it would have become apparent that the reality is far beyond phrases such as ‘I am the Reality’ and the erroneous perception that everything is legitimate to us because the Reality (Haqq) is inside everything and present everywhere!

I have been found guilty of causing confusion and writing of controversial and complicated topics. I direct such people to reading books about the laws of Islam or the stories of saints!

Apologies, thus is the expression of my servanthood!

I beg you, pray for me if you may, but do not be upset with this humble servant for sharing the knowledge of Allah as disclosed by Muhammad (saw) without wanting anything in return…

[1] The function of enabling people to read and apply the necessary practices of the system of Allah.

[2] More information about this can be found in The Observing One.

[3] The Sovereign One, who manifests His Names as he wishes and governs them in the world of acts as He pleases. The one who has providence over all things.