Did you know we are “Muhammadans!”

You’re going to ask, “What does ‘Muhammadan’ mean?”

‘Muhammad’ is a servant of Allah!

To be a ‘servant of Allah’ means to strive to be of benefit to mankind, regardless of all differences and without any discrimination, just like the grace and mercy of Allah upon the entire creation.

It means to give unrequitedly to people, without expecting a return.

It means to not blame, condemn, belittle and despise others for things that are out of their control.

It means love, grace and compassion.

Being a Muhammadan means being a giver.

We love the Alawi, the Sunni, the Turk, the Kurd and the Arab.

We love all of Allah’s servants!

We try to be of service to everyone.

We are free from the conditionings others have conceived to serve their vested interests!

You may be born to a Kurdish family, or a Turkish family.. You may be raised among Alawis, or among Sunnis…

All of these labels can lead you to become conditioned with certain ideas and beliefs, but for us, it has no importance!

You being a ‘servant of Allah’ is the only thing is of significance for us!

Whether you are born in Turkey, Africa or the Unites States of America… We are all the servants of the same Allah!

How can you not prostrate to Allah at the point you see him!?

If you were to remove the Ka’ba from the center, you will see that the prostration of the people is actually to the presence of Allah within one another!

We say, “Allah is not a deity-god up in the heavens!”

Allah is the presence, the existence within all of our hearts, our consciousness and every iota of our being!

There are some who know and some who do not know…

Allah has innumerous forms of creation, and they all have different perceptions, beauties and faults…

Let us love them with their faults, inadequacies and mistakes.

We are all going to leave this world some day…

I have already reached fifties… Perhaps I will live another few years, perhaps not… Sufficient for me is the three Ikhlas and one Fatiha someone recites for my soul after I have gone and who says, “May Allah bless him”…

And woe to me if I fail to deserve this…

Many wealthy people, many sultans and prime ministers have played their roles, then leaving behind all of their possessions, left us and went.. 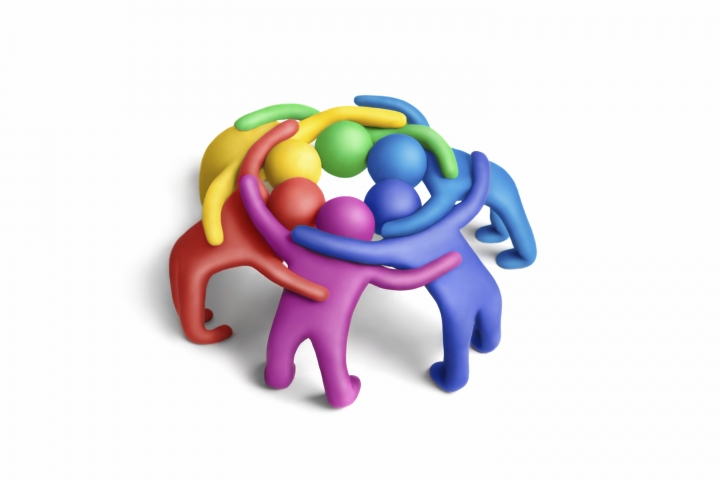 Knowing this, why is it that we still judge others because they are ‘Turkish, Kurdish, Arab, Gypsy, Laz, Circassian’…?

Does such behavior befit humans?

We are beings, who have been created in the eternity of Allah’s knowledge, occupying the earth for a ‘temporary’ time… Soon we wont even be here…

What is the point of discriminating each other and causing each other to suffer and become miserable in a world we are occupying only temporarily?

If you want to understand Islam, have a look al Rumi, and Yunus Emre, and Haji Bektashi, and Ahmad Yasawi…

There are so many ‘models of spirituality’ and ‘intimates of mystery’ whom you can take as examples…!

These are the people who represent Islam!

These are the people who represent being a Muhammadan!

Those who blame you for swaying your head to the side, or for wearing short sleeves or for not wearing a cap while praying do not know Islam!

Turn to those eminent models who share ‘meaning’ if you want to understand Islam’s system of througt, or the ‘spirit’ of Islam!

Muhammad’s (saw) forefather was Abraham (as).

I would like to end my talk with a narration about Abraham (as).

As you know, Abraham (as) was a distinguished man for his kindness and intelligence.

He refused to eat a meal without sharing it with someone.

One night, he prepared his meal and set his table, but nobody came to join him, he was alone. So he prayed to his Rabb…

“O my Rabb! My table is without company! Please send me a guest with whom I may share my meal…”

A short while later a voice called out from outside…

Abraham jumped to his feet and opened the door at once.

So they sat at the table with whatever food there was…

Abraham said “Bismillah” and reached out..

“Aah!” said Abraham, “Recite the Basmalah! Mention the name of Allah! It is Allah who gave this blessing to us!”

“I” said the old man, whose long white beard reached his belly, “do not know your Rabb… who is that?”

Abraham said, “It can’t be! How can I share this blessing which Allah gave me with someone who does not recognize Him and who refuses Him?”

Just as he was walking away, Abraham received a revelation:

“O Abraham! I have been sustaining and providing for that servant of mine who refuses to believe in Me for a hundred years… not once have I dismissed Him, how dare you, being my servant, dismiss him?”

Abraham bolted out after the man..

“Please… please come back, I made a mistake… Because of you my Rabb rebuked me!”

“Why? What happened?” asked the man…

“My Rabb said, ‘I have been feeding my servant for a hundred years even though He does not recognize me, who are you to send him away and refrain your food from him!’… So please… please come back and allow me to share my meal with you…”

“Your Rabb said this?” asked the man…

“Your Rabb is indeed a great and sublime Rabb! I believe in your Rabb!”

We are the generation of Abraham!

We are the generation of Muhammad Mustapha!

So let us love each other, embrace each other, and dismiss our differences, no matter what our labels may be…