As known, what enables the continuity of man after death is his spirit.

What is the human spirit? How is it different to the universal “SPIRIT”? How is it formed and what are its properties?

Gaws al-Azam Abdulqadir al-Jilani wrote in his “Qasida al-Ayniyyah” some one thousand years ago:

“This is a metaphor! Is not the SPIRIT His very existence?”

This is of grave importance! It is imperative to contemplate on it without prejudice and judgment.

As Imam Ghazali says, “the human spirit isn’t something that comes from outside and enters into the human body.”[1] 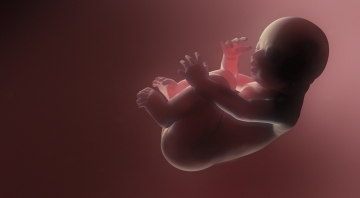 On the 120th day after conception the brain of the fetus is developed enough to process its first stream of cosmic rays. This event of incoming cosmic rays instigating the production of waves we call the “personal/human spirit” is explained metaphorically as an angel blowing the spirit into the body.

This wave-body called the spirit can be examined at four levels.

The human spirit is comprised of carrier waves; this is what enables man to continue his life after death. It is holographic in appearance. Even if to some extent it becomes deformed for various reasons it has the ability to repair itself and return to its original state. 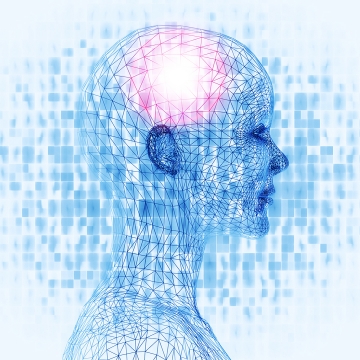 Essentially, it is the counterpart of the physical body. Its form and appearance are the same as the physical body at the point that it separates from it. If at the point of death, the body has a missing organ due to an accident, say for example a leg or an arm is missing, because it existed before and this data was uploaded to the spirit, the spirit body will not reflect this absence. The body of the jinn, commonly mistaken for aliens, is of the same make-up as the spirit-body.

This has commonly been discussed covertly. I will share further information from the Rasul of Allah (saw) regarding this in the section about fate.

The other attribute of the anti-gravitational force is that it uploads positive energy to the spirit. That is, a third type of waves is uploaded to the second type of waves.

If the brain doesn’t produce the second type of waves then the third type of waves cannot be uploaded; they will serve no purpose in the afterlife for the person.

The person has no say and plays no role in the activation of anti-gravitational waves.

Just as the cosmic effects received on the 120th day after conception commence the production of spirit-waves with no effort or will on behalf of the person, the activation of anti-gravitational waves also has nothing to do with the person – nobody can do anything to alter or affect this process. One either receives the necessary cosmic rays on that particular day, to activate that particular circuitry, and hence begins to produce its spirit-body interweaving it with anti-gravitational waves, or the circuitry isn’t activated, and the spirit is formed without the anti-gravitational force.

The inevitable outcome of the latter case is eternal imprisonment in the Sun, i.e. “hell”.

This truth can be found recorded amongst various hadith regarding fate where the Rasul of Allah (saw) says:

“Allah appoints an angel to every womb, and if Allah wishes to complete the child's creation, the angel will say. ‘O Rabb! A male or a female? O Rabb! Fortunate or unfortunate (said or shaki)? What will his livelihood be? What will his age be?’ The angel writes all this while the child is in the womb of its mother.” (Bukhari, Muslim)

Thus, is the matter of the said and shaki (the fortunate/unfortunate ones) mentioned in some of the hadith that I shared in the section on fate.

Neither the fortunate have earned this state through their deeds nor the unfortunate have been deprived because of their misdeeds.

This is based totally on what transpires on the 120th day in the womb. 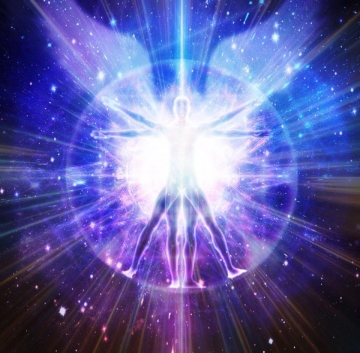 The fact that this has nothing to do with one’s deeds is validated with the words of the Rasul (saw):

“Indeed, none of you will enter Paradise by his deeds alone.” They asked, “Not even you, O Rasul of Allah?” The Rasul said, “Not even me, unless Allah grants me his mercy.”

As can be seen going to paradise has nothing to do with one’s deeds and everything to do with the grace and mercy of Allah, which is represented as the activation of the anti-gravitational waves in one’s brain, based on “divine determination”.

Negative energy on the other hand doesn’t need anti-gravitational waves to be uploaded; it is directly transferred to the carrier waves forming the spirit body.

Positive energy (thawab) is produced when the person starts becoming conscious of his actions, hence as of the ages 5-6 children should be advised to engage in constructive positive actions.

I swear it was revealed to you and those before you, “Indeed, if you associate anything to Allah (if you live in a state of duality – shirq) all your work will become worthless and you will surely be of the losers!”[2]

Dying in a state of duality is the inevitable end of the unfortunate ones who are deprived of the anti-gravitational waves needed to carry positive energy. Thus, all of their good work is lost.

Memory waves encompass all data associated to the person’s thoughts, emotions, desires, and all mental activity that differentiates him from others. Similar to television waves they are uploaded to the holographic body with sound and image.

The person continues to live indefinitely after death with the contents of this data package.

All mental activity in the brain, without exception, is uploaded to the spirit at every instance, regardless of whether the second or third type of waves is present.

So, to sum up “man” or “human” also consists of the human spirit, or the holographic after-life wave body, which is comprised of these four different types of waves.

[1] More information on this can be found in Spirit, Man, Jinn.