After examining the human spirit let us now continue our exploration of man by looking at his bodily and humanly attributes.

A human, based on his nature, is obviously bound to eat, drink, have sex, and sleep. These are common necessities for a normal healthy body. Some brain damages can lead to insomnia but these people get worn out quickly. Additionally, sleep for the brain is different to sleep for the body, but in any case, even insomniacs get some form of sleep. It is impossible to survive without it.

Sex is also unavoidable. Even if the person never gets married or has a relationship, he still produces sex hormones. Whether he secretes this discharge in his sleep or with his urine, in some way or another this production and secretion is going to take place. 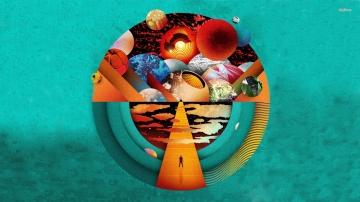 Eating and drinking is indispensable. The material that forms the human body, or energy, is received, processed and outputted constantly. This is what upholds the body. By all means the body has to receive energy in the form of food, process it and output it. When this function stops the life of the body will come to an end.

But how should the nature of man be directed at the level of the body? This is the first aspect. The second aspect is regarding the use of intellect, thought, comprehension, illusion, design and imagination, which I previously covered.

Generally, these qualities are used by the faculty of illusion, in line with one’s conditioning and nature, or natural disposition.

Driven by illusion, we strive in the direction of what the society imposes upon us as “important” in order to acquire it, in fear that if we don’t, we will be deprived and in great loss.

The first function of illusion is to make someone believe that they are in fact someone, i.e. that they have a separate existence, i.e. their body.

Psychiatrically speaking, believing that you are the body is indeed a mental disorder! Surely a detailed diagnosis is needed. Some don’t believe they are their body for example, they believe they are an animal or an object! This is a sickness! It is a condition of false perception.

Of course, atoms can be broken down into electrons, neutrons, neutrinos, positrons, mesons, and so on… We have not yet been able to develop a microscope with the capacity to see an atom. It is still in process. If and when it is developed, we will see that existence is nothing other than a field of electromagnetic waves.

With this observation the person’s existence and function is going to be seen to be nothing more than a point of consciousness within this infinite field. 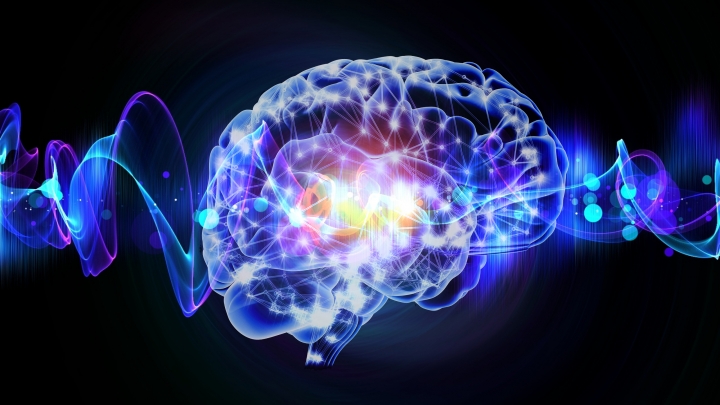 Where is consciousness? This consciousness is a reflection of the absolute First Intellect, it reflects to the brain and forms in the spirit. Without a spirit a ‘person’ cannot be and hence the person’s individual consciousness won’t exist.

The personal-individual consciousness, once formed, can never become inexistent. It is a special spirit formed by the brain. Essentially it is no different to the divine Spirit except that it can never observe itself.

Even after you realize your essential self and that your very essence is indeed the summation of all of the meanings, that is, you encompass the whole and contain the reality within you, this does not invalidate or annihilate your “individual” existence. This is the first point.

As for the second point, yes, the spirit will live indefinitely after the body is abandoned and won’t ever die again, but as long as you are in this body you cannot live indifferent to it, because the essence of the body is the brain, the brain commands and controls the body. The brain also creates the person’s spirit.

“Indeed, We have created man from a line (sperm; a genetic formation) of wet clay (a mixture of clay, water and minerals).”[1]

The word ‘clay’ in this verse refers to cells not to soil. Man is made of cells. This has been symbolically expressed as ‘clay’ in religious texts. Cells come together to ultimately form a human and its brain.

There are fifteen billion cells in the human body. Since we can’t discredit that, the body does exist, and as long as it does so do the programs and proceedings of its nature, i.e. the natural impulses of its cellular structure.

But let us not confuse the impulses of the cellular structure, the nature of the body with its compositional make-up. These are two different things.

In order for one to know himself and his essential reality he must first free himself from the illusion that he is the body by taking under control the impulses of his physical body. If he can establish control over his bodily impulses and govern his body instead of being governed by it, then he will have the opportunity to gain insight into the reality of his self.

Now as for the compositional make-up I mentioned above, this has to do with the activation of certain circuitry in the brain via the cosmic rays. It is the composition of meanings or the Names. Certain cosmic rays activate certain circuits in the brain. This then activates certain Names, which are expressed at different levels. This is your predisposition. Also known as the “immutable archetypal realities” (al-A’yan al-Thabitah).

When you say “I thought of…” or “I had this epiphany…” or “I’m feeling such and such”, you’re actually expressing these specific meanings. But if you were to take control over your ‘natural/bodily impulses’ and cleanse yourself of your conditioning you may then be able to venture into realities beyond the veils of your predisposition and physical nature.

Simply knowing these are the expressions of the Names doesn’t save you from the hellfire. Only when you actually learn to govern your body and control its impulses, not give it what it wants whenever it wants it for example, then you may overcome the captivity of your body and the sufferings that result from it.

Hence when Abdulqadir al-Jilani said, “I saw Plato in hell, his status was so elevated that it was higher than that of many believers” he was referring precisely to this reality. In other words, simply being enlightened with knowledge alone, without applying it, without fulfilling the practices to discipline and gain control over your body, is not enough to admit one into heaven.