If all this is true…

Then please ask yourselves ‘am I ready for the life awaiting me after death?’

Does your answer please you?

If it doesn’t, then perhaps now is a good time to start preparing.

But what does preparing for the afterlife entail?

Previously we had talked about prayer and how it is related to the bioelectrical and biochemical make-up of the brain. In truth, most prayers serve to replenish the brain’s bioelectrical energy supply, for this energy is evaluated by the brain, and uploaded to the wave-body, as knowledge and power. Due to this, when the brain stops working and becomes deactivated, i.e. when death is tasted, prayer becomes obsolete. This is why the offers proposed by sharia (Islamic laws) lose validity in the afterlife. For all proposals related to what is apparent have to do with the bioelectrical and biochemical structure of the brain.

The Islamic faith rests first and foremost upon the foundation of ‘knowing Allah’ and then preparation for the afterlife.

Allah’s Rasul (saw) taught people how to live according to the Islamic faith and warned them against the losses they will incur if they don’t. However, there is no creed for being accountable for which governmental regime one follows. One’s faith does not depend on the regime of the government. If that were the case, no one on the face of the earth should be a Muslim, as there is no government observing an Islamic regime! We should be mindful of the hadith “The khalifat system will last 30 years after me” and remember that religion is for the individual, there will be no government in the life after death; there will only be the individual!

We must all try and understand, practice and teach Islam to others. For most assuredly, every person is going to have to face the consequences of his actions. All acts in the name of prayer are for the sole purpose of preparing the spirit-body for its journey after death.

Let us now briefly discuss what prayer actually entails and the different types of prayer:

1. Prayers to free you from confining your existence to the body alone.

2. Prayers that supply beneficial bioelectrical energy to the brain.

3. Prayers that upload the brain’s existing bioelectrical energy to the holographic wave body termed the spirit.

4. Prayers that enable reaching Allah or uniting with Allah, also referred to in Sufism as to become moralized with the morals of Allah. In other words, to become one with the universal cosmic consciousness. 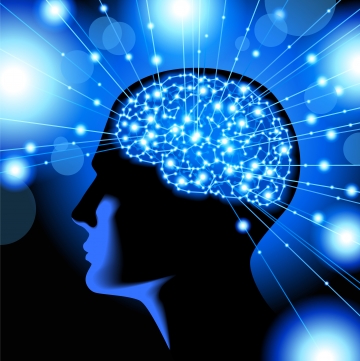 As can be seen from this brief categorization, all activity pertaining to prayer is related to the brain.

While the brain takes the bioelectrical energy it needs and uploads it to the spirit it also emits it, in the form of meanings, to its environment in the world.

If the necessary circuitry has been activated in one’s brain during birth, then he will be able to upload a sort of anti-gravitational, anti-magnetic energy, which will enable him to soar to the countless stars within the galaxy, freeing him from the magnetic field of the Earth and the sun during Doomsday.

Otherwise, he will be doomed to entrapment within the sun for eternity.

“You will never see a deviation in Sunnatullah (the mechanics of Allah’s system).” (Quran 35:43)

This verse is a clear proof that the system of Allah is applicable to the whole of humanity. It has been set up and working for billions of years! In this case, the individual has two options: either to order his life according to the system; live his worldly life by making use of certain practices to enable benefits in his future. Or, to not think about the future or the system at all, to live a life driven by bodily activities.

Those who fail to recognize the reality of religion, or the system that enables preparation for life after death, misconceive religion as a system through which the masses are managed and kept under control. This, of course, goes as far as involving governmental regimes into the topic! Whereas, I repeat, religious prayers and practices are solely related to the requirements of the afterlife, not the regimes of worldly life.

As a matter of fact, Muhammad (saw) spent his entire life in pursuit of communicating the following messages:

a.  Allah is not a deity-God; to worship Allah (by deifying, offering, etc.) is absolutely impossible because it does not exist!

b. All activities carried out by the individual are the compulsory requirements of his servitude and not forms of worshipping a deity-God.

c. Prayer should not be directed to a heavenly (external) God in hopes of ingratiating one’s self with Him, but to prepare for a favorable future of eternity.

d. The individual should die before dying in order to be cleansed from his constructed illusory self and to know his essence, origin, creator, Allah.

Otherwise, it is inevitable for the person to die veiled from reality, a state from which he will never have the chance to escape.

Indeed, let us know and understand with certainty that the teachings disclosed by Muhammad (saw) in the name of religion, are way beyond the stories and superstitious tales passed on from generation to generation among the general public.

Future generations will have a much clearer understanding of ALLAH and what it signifies.

In fact you will realize the validity of these truths once you take the time to conduct some personal research into related scientific resources and reflect on your findings.