So long as the original and authentic understanding of the religion of Islam taught by Muhammad (saw) is kept from us, social chaos will not end- in fact much greater discord and terror will take place!

The underlying reason of war and chaos among Muslim populations is their corrupted understanding of Islam, due to its reality becoming veiled via various interpretations over the centuries.

Though the knowledge contained in the Quran is valid for all times until Doomsday it has been unfairly interpreted in a way that is incongruent with scientific data, which has led to great misunderstanding and disorder.

The necessity to reform the Muslim communities’ understanding of religion is evident.

How far can we go with “scholars” and “professors” who have been allegedly educated in “religious institutions” advocating the belief in angels who travel to and from a God in space?

Let me be frank with you…

I don’t have any social relations other than the few friends in Turkey with whom I’m in contact. I have no interest in the private life of my readers, as I am nobody’s master or guru! Everybody is free to read my books and understand it however they choose to. The consequences of everybody’s choices and actions bind them alone.

Besides, I’m 62, I don’t know how much longer I will live, and I have no intention to move back to Turkey, even though nothing prevents me from doing so should I choose to. So, nobody needs to worry about what my plans are for when I come back to Turkey!

In addition to all of this, it is already known by those whom it may concern that I have no relation or affiliation with any political figure or movement in Turkey.

My opinions didn’t form eight years ago when I moved to the US. In fact, The Great Awakening, published in 1967 and The Mystery of Man, published in 1986 are both examples of the extensive research I did many years ago.

I wanted to reiterate this because nothing I have written so far and nothing that I will write in the future was ever and will ever be for the purpose of material or spiritual gain or profit. I have no such expectations. I write solely for the purpose of sharing and spreading knowledge.

My only intention is to invite people to think and research.

So now in this light let’s begin our topic:

The Rasuls and Nabis have not come as kings or sultans or dictators to herd the people! They are not concerned about enforcing laws and regulations upon people and compelling them to obey and follow them. Neither does it add anything to them when people follow them nor do they lose anything when people don’t. It’s as simple as that. 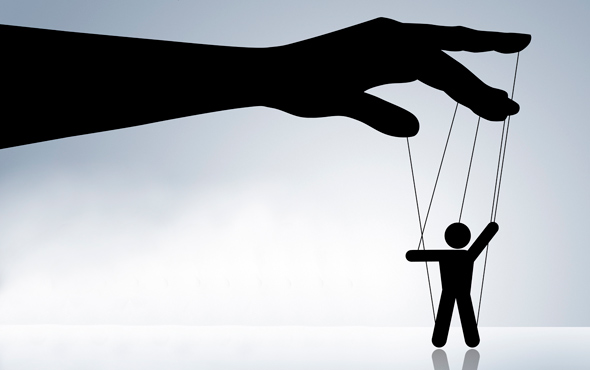 Their primary purpose has always been to help people to realize the reality that there is life after death, to guide them to duly prepare for this inevitable dimension of life, and to make them realize deifying and worshipping idols and/or other assumed gods will only lead them away from their essential reality and thus be deprived of the infinite forces and qualities with which they’ve been endowed.

Muhammad (saw) was the Rasul and the final Nabi of Allah who expounded the religion referred to as Islam. He was not a sultan or a dictator! His mission was to reveal the reality of Allah, who is far from the limitation of the concept of a god, and to teach the people the optimum way of living based on the Sunnatullah. He simply taught and offered the truth. That the people around him approached him with questions does not place him in the seat of a sultan or make him a president.

Religion isn’t for governments; it is not a system of governance. In fact, governments have nothing to do with religion; a government cannot have a religion and vice versa. Governments are establishments that exist to uphold and maintain the general health and wellbeing of the people. They are bound to treat their citizens with equality and without discrimination. They have no right to pressure or force anyone into any belief and must respect the beliefs of the people, whatever they may be. Governments must support and protect the oppressed; otherwise the sighs and laments of the oppressed will eventually bring them down.

Religion is ‘offered’ to the people, this should be understood well. An offer is not an enforcement.

The government governs people with laws. Laws by which if you don’t abide you will be punished. Religion on the other hand is a system that shows you what to do in order to achieve an optimal outcome. It informs you of the consequences of doing or not doing certain things. But whether the person chooses to do or not do is entirely up to the individual, none has the jurisdiction to impose and enforce this upon him.

If religion is placed in the place of a government then the verse “There is no compulsion in (acceptance of) the religion (the system and order of Allah; Sunnatullah)! ...”[1] will lose its meaning. For then religion will no longer be an invitation but instead an enforcement.

The purpose of religion is to inform the people on how to attain an eternal life of bliss and happiness. A government is an establishment of a number of intelligent and powerful people based on the understanding and the conditions of the current times.

Religion informs people of the universal truths of the system in which they’re living in terms of their present and future gain and benefit. Governments herd the people in the direction of the thoughts and opinions of its founders and constituents! Big difference… Regardless of which country a person lives in, he or she can only apply and practice their religion to the extent of their knowledge and their lifestyle circumstances.

There’s no place for exalting or degrading anyone based on their religious virtues or practices in Islam. Religion is a private matter and it is every individual right to protect their privacy however they like.

As for how we should understand and evaluate religion…

Again, it is totally up to the individual to accept this or not, the consequences of his beliefs bind him alone.

The second most significant point is: Every person on earth is a direct addressee of the teachings of Muhammad. There is no middleman! Every individual can evaluate the teachings of Muhammad (saw) – in whichever way he chooses to… and he will live the results of his choices automatically! Thus, a Muslim is never in need of a man of religion, or a religious institution to become or to be accepted as a Muslim.

People can benefit from each other’s knowledge; this does not mean they must become followers of each other. The absolute laws are evident. Everything else is up to the person’s own understanding and choice. Fatwa (?) will not save anyone!

The Quran and the teachings of the Rasul of Allah (saw) are accessible by everyone. Everyone is free to research and question and apply according to his or her understanding. Religion is a matter of conscience!

To be a follower is not an excuse for doing wrong. There is no room for excuse in the mechanics of the System (Sunnatullah). Whatever the excuse may be, every individual will inevitable live the consequences of their actions and thoughts!

Whether the person experiences the essence of salat, fasting, pilgrimage, or not, whether a woman choses to cover or not, all of this concerns the individual alone. It’s nobody else’s business and thus none has the right to judge or condemn another.

A Muslim who believes in the teachings of Muhammad (saw) cannot kill, steal, cheat, lie, gossip or slander. If he does, and dies in this state, then he will have left this realm as an unbeliever, for it is not possible for a believer to do things contrary to the principles of faith. Everyone came to this world alone, and everyone will leave alone. We came here to prepare ourselves for an infinite journey that lies ahead…

None can do more wrong to himself than the one who claims to be a Muslim and spends his precious limited time on earth on gossip and other meaningless things rather than developing and preparing himself for his eternal future life.

Gossip includes almost everything we say about others. Remember the hadith claims;

“If what you say about your brother is true it is gossip, if not, then it is slander!”

The Quran refers to gossip as “eating the raw flesh of one’s deceased brother”.

As for slander, you can’t even imagine how its consequence will manifest in your life. It is great responsibility to talk about things for which you have no evidence.

The mechanics of the system necessitates that every action has an effect, and every individual will definitely and unquestionably will face the consequences of his or her own doings.

There is no doubt that all the turmoil and terror to which the Muslim communities are subject on earth today are the result of the corrupted and contaminated understanding of Islam over the centuries.

You can never achieve a right via a wrong!

Beneath all the seeming wrong in the world today lie the incorrect construal and the misinterpretation of religious truths.

Only when this error is corrected in the world can things start to go right. Only when we stop imposing our beliefs upon others and start re-cognizing and re-evaluating the religious truths can we build a healthy, stable, functional understanding of religion.

And it is the conscious awakened ones who have the biggest role to play in this!