For most of us, religion plays a big part in our lives. We easily get protective and defensive when someone speaks adversely about our faith. But does claiming to be a Muslim make one a true Muslim? Can one be a believer just by claiming to be one? What does the word believer mean? Why do we use this word?

Faith is part of our natural composition. It’s not something that is acquired later. Though it may become apparent during the later stages of one’s life, this can only occur if it is already inherent in one’s nature.

What does it mean for faith to become apparent in one’s life?

Faith is to become aware of the ONE, beyond the illusion of the person-identity and to have the insight that all things are formed by Him.

To have faith in what the Nabi and Rasul have brought is to know that the One has disclosed information about His system through Risalah. Even a man in the middle of Africa who hasn’t heard of the Rasul can attain the state of paradise once faith becomes apparent in him. On the other hand, many Muslims spend their days in prostration, yet their natural disposition is devoid of faith. Their faith is founded on imitation, which means they make the transition to the next life as unbelievers.

The first point about death is the person passes through hell yet does not burn. Burning or ‘suffering’ is derived from a state of faithlessness. It can be categorized as any state that makes you upset, distressed, fearful or hateful, and makes you want to escape.

The light of faith is what enables one to realize that everything is determined, willed and created by the One, and everything is exactly the way it is supposed to be – it could not have been any other way!

This is the type of faith that will lead one to paradise, even if he has never seen or heard the Rasul (saw).

It is the internalization and reflection of faith on one’s character that is of importance, rather than their verbal claim of “I am a believer.”

To say “I am a Muslim” means nothing if one’s state and disposition isn’t saying the same thing.

As I explained in my previous writings, the word Allah is only a name. What is of significance is the meaning that it references.

One needs to consider what they believe in… In what do we have faith? How are we to understand the word faith? 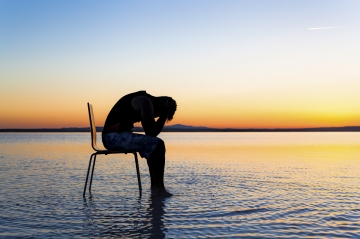 Faith as understood broadly in respect of how it encompasses the whole of humanity can manifest itself as an inherent characteristic in man, and after a lengthy purification process can lead to the experience of paradise even in those that have no knowledge or understanding of the Rasul of Allah (saw).

For an imitative faith to transform into an authentic faith depends solely on discerning the secret of the letter B.

So, why is it absolutely necessary to have faith?

We mentioned above that faith entails the acceptance of a single creator who is Fatir; who creates all things as He wills. As such, it is not possible for anything to be absurd or meaningless or out of place, for the One creates and observes all things as He wills. This leads the person to a state of acceptance, which extinguishes all flames and ends all suffering. This is when the fire of hell says, “O believer, pass through me hastily, your light of faith is about to extinguish me”! The light of faith is what extinguishes all of the fire of hell. Notice that I didn’t say the knowledge of faith, but the light of faith, which is the state and experience of it.

When one evaluates things in this light, one reaches the state called the ‘pleased self’ (nafs-i radhiya), or in lack of it, one continually suffers until attaining the point of no more suffering.

Having knowledge of faith is not the same as having faith. Only when one has ‘faith’ rather than its knowledge can they become free of suffering and reach paradise, observing the One in all things at all times.

Knowledge of faith is like the metaphor given in the Quran of a donkey carrying books. One can carry the knowledge of faith yet continue to suffer in the face of events, complaining about why things are the way they are and why they couldn’t be different!

If you’re living with the knowledge of faith rather than its experience, your suffering will not end, even when you make the transition to the next life, you will continue to suffer!

You can only be sure that you have faith if you no longer suffer, if you are not reactive and feel the need to blame situations or people! Only then can you experience paradise. And if the secret of the letter B has become disclosed to you and you have been blessed with its experience, then you will become: “The observing one”