Sunnatullah, the system and order of Allah, which was expounded 1,400 years ago, was concealed by the sultanates at the end of Hadhrat Ali’s reign. Nevertheless, through Sufism, metaphors, similes and symbolic language, it reached modern times. If it can be re-evaluated in light of all our current scientific knowledge and technological advancements, it can illuminate the whole of humanity with its light (nur) once again.

Blessed are those who can do this!

Let me explain with an example:

Imagine you were beamed back 1,000 years to a tribe in Africa or a remote region in the Far East, and were told “you have to explain the concept of a television and its mechanics to this tribe.” How would you be able to do this, if not with metaphors, similes and symbols? And how much of today’s science and technology are these examples going to relate? How comprehensible is the mechanism of television going to be via these examples you give? Will you give up and say, “What more can I say? Use your head and try to comprehend what I am explaining from these examples!”

Allah’s Rasul (saw) saw everything that has and will transpire until Doomsday and tried to relay this to the people through various examples, metaphors and similes.

The Quran also communicates these realities with allegoric and metaphoric language. In fact, the magnificent Quran says:

“And We have certainly presented for the people in this Quran from every kind of example – that they might contemplate (remember their forgotten reality)!” (Quran 39:27)

As I tried to illustrate with the above example…

One can never see the actual reality via examples and symbols, but can acquire an understanding of it. 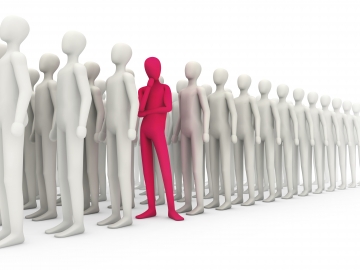 What we need to do is… Study the contemporary modern sciences and technology, and discern how these realities have been expressed in Muhammad’s (saw) language.

In other words, to understand how the object is disclosed as the abstract!

“O Ali! Everyone is trying to know Allah (attain yakeen, certainty) through one path or another. You be of those who pursue the path of reason.”

Discerning how the truths pertaining to science and technology were depicted 1,400 years ago as the system and order of Allah, who is far from a being a God in heaven, will clear us from the absurd and outdated interpretations portrayed as ‘Muslimism’ and enable us to see the timeless validity of this system.

This realization will be the savior of the intelligent ones! For, the intelligent, upon realizing these truths, will understand the importance of re-evaluating Islam, and live their lives in favor of their impending eternal abode.

“The past has come and gone my friend; now it’s time to express new ideas.”[1]