He has no idea about his own body let alone the universe!

He walks around with a tough guy attitude, giving orders to everyone, but his consciousness dwells at the level of a rural village, despite the fact that his body may be living in London, Paris, Istanbul or New York!

As his brain is blocked with the conditionings and value judgments he received as a kid from his jerkwater town life, he still views the world from the narrow window of his tiny village-like, ‘local’ mentality!

His label says he’s a ‘great man’! His label cons people into thinking he has a lot of knowledge! But in reality, he lives in his world with the things he learnt and memorized in his rural community, oblivious of his ‘villager label’!

Is this bad? Is it a sin? Is it forbidden?

The only thing is, due to his lack of awareness of this situation, he will not be able to surpass his identity; he will inevitably waste his life and consume himself with worthless things! And thus, inadvertently, he will also drag others like himself into erroneous ways!

He may be a genius in physics, medicine, chemistry or astronomy, but he still dwells in his little rural village. He approaches people, events and life with the values he acquired and fosters in his rustic mind.

He has learnt religion from a course taught by villagers. This education laid the foundations in his brain and initialized the direction of his thoughts!

Even if he has become a professor in his later life, because his brain is blocked with judgments based on inadequate data acquired during his younger years, he is never able to overcome these thought patterns!

Due to being raised in a system that dictated memorization and prohibited questioning and research, he anxiously refrains from synthesizing the information he acquires to produce new outcomes as if it would lead him to danger!

Where does earth stand in respect of the universal realities? How much of the billions and billions of activities going on in his body does he have insight into?

What is his brain, how does it work? What exactly is this being he calls ‘me’ or ‘I’? He refrains from giving the slightest thought to such topics… they scare him!

Perhaps he has memorized a one liner such as “everything is god, everything is a part of god, god is me, I am!”

And? What next? What has memorizing this brought him? How does this contribute to his life? What kind of comfort does this awareness offer him?

If knowing this leads him to live an irresponsible corporeal life, then it has obviously defeated the purpose since that is how all animals live their lives already! What kind of a ‘difference’ has this awareness given him? What has he gained? Which doors of mystery have opened up to him with this knowledge, what sort of new secrets has it helped him acquire and experience and enrich his life with? 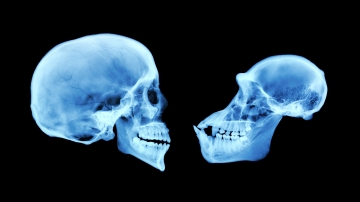 What kind of ‘enlightenment’ is this if he has no idea of the sunnatullah? In fact, he is not even aware of it!

The expense of deceiving one’s self is the biggest expense in life!

They say “but he knows the Quran!”

He claims he is the ‘Reality’ and the ‘One’ but does he actually know what the QURAN is?

Please don’t say: “It is the book sent down by God to his prophet!”

“Rahman (the absolute possessor of all the qualities denoted by the Names), taught the Quran (formed the structural qualities pertaining to the dimension of Names), created MAN, and taught him eloquence (manifested the qualities of the Names on man).”(Quran 55:4)

How was man created? After which stage?

When man was inexistent, to whom was the Quran taught?

What does it mean to ‘teach’ the Quran? Why does the Quran expound these things to us?

As a reaction to Darwin’s theory that man is an advanced species of ape, the view of Intelligent Design started to gain popularity in the United States. According to this view, man was created by a Creative Intelligence independent of the apes...

The Sufi saints talked about The First Intellect (aql-i Awwal) over a thousand years ago, as the manifestation of Allah’s attribute of knowledge from the essence of the universe...

They said the First Intellect, or Universal Intelligence in today’s terminology, is involved in every movement of every form of existence within the universe...

Hasn’t anybody noticed this?

When some scientist talks about Creative Intelligence and Intelligent Design the whole world is shaken up! Whereas this is merely another way of expressing the meaning of Allah’s al-Fatir name: designing, planning, ordering, timing, administrating, and so on... All of these are synonymous with creating,which is what is implied by the word ‘fitrah’ or Fatir!

Many scientists declared: “There is no God” and the intellectuals inclined towards this view, but nobody told them about what Allah references, nobody shared the reality expounded by the Rasul of Allah (saw)!

Is this how blind and blocked we have become?

Atheism, or rejecting God/godhood, which was presented as the view of modern science, was advocated first by Abraham (as) (first as a Hanif, then as the Rasul of Allah) and then by all of the Rasuls, Nabis, saints and the seekers of reality of the past, centuries ago! These eminent people had already declared “La ilaha” (There is no God) thousands of years ago! They had already established the truth “There is no God/godhood, there is only Allah” right at the onset!

“Set your face (consciousness) as a Hanif  (without the concept of a deity-god, without making shirq to Allah, i.e. with the consciousness of non-duality) towards the One Religion (the only system and order), the natural disposition (fitrah) of Allah (i.e. the primary system and mechanism of the brain) upon which Allah has created man. There is no change in the creation of Allah. This is the infinitely valid System (deen al-qayyim) but most people do not know.” (Quran 30:30)

Rahman taught the Quran! This teaching, based on a specific system and order, formed the universes within universes!

The ‘Quran’ here, is a general reference to the Absolute Essence’s (dhat) descension to the world of Names and Attributes (multiplicity) to form everything that is perceived and not perceived; the jinni (all invisible beings) and humans.

Every iota within the cosmos at every instance manifests the knowledge of Allahin different guises, through which the attribute of will transforms into power to create every single unit of existence!

Although the genetic code of an ape is very similar to humans, the advanced apes, whether we call it mutation or an angelic effect, ultimately the divine knowledge has formed on earth a species from nothing called ‘man.’

In fact, ‘declaration’ was the driver of this formation.

‘Declaration’ is the name of the operating system running one’s existence program!

The teaching of the declaration means creating man with the same operating system running the universe, which is the natural result of sunnatullah! 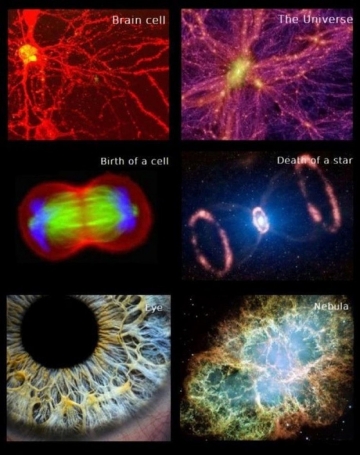 That is, the program that is operating at the macro level is applied at the micro level!

This is why it was said ‘the part reflects the whole’!

This is why the universe has been defined as macro and man as micro.

And this is why many years ago I had said “Our brain is our micro-cosmos”.

Just as the universes, with all their dimensional depths, are the manifestations of Allah’s names and attributes at various levels and as various compositions, in the same way, man, who has been formed with a program (taught-talim) is a micro-world that contains all of these manifestations within himself.

Hadhrat Ali (ra) alluded to this truth 1,400 years ago with his words: “You think you are a small world, whereas you are a world that is great”!

Unfortunately, because everything was expressed via metaphors and symbols, the truth has always remained concealed.

“Man is the twin brother of the Quran” also refers to the same truth.

The concept referenced by the word Quran in “Rahman taught the Quran” is not the same concept we gather from the ‘holy book’ we hold in our hands today.

The Quran in this verse is a reference to the code of the primary operating system with which Allah created the cosmos, or the Primary Book. Since man also exists with the same system he has been defined as the twin brother or the micro of the macro universe and has been referenced synonymously with the Book revealed to him. The Quran being ‘revealed’ to the Rasul of Allah (saw) means he was able to READ (iqra) the universal system. Hence, it is said “The Quran was revealed at once.”

As this knowledge was imparted to the people, the Quran as we know it was formed. The Quran is knowledge! It is not paper, leather or a collection of pages!

If man can cleanse himself from imitation, subconscious information in the form of memorized and conditioned data, and begin to question his essence and evaluate the knowledge he acquires in this way, the path to becoming ‘moralized with the morals of Allah’ will open to him. He will begin to READ the Sunnatullah! He will become the eyes with which He sees, the ears with which He hears and the speech through which He speaks! But the people won’t recognize Him! Just as they didn’t recognize the Rasul of Allah (saw) and told him: “you stroll through the bazaar and the market place just like one of us”…

The dualists can only perceive ‘Muhammad the orphan’, they are blind to ‘Muhammad, the Rasul of Allah (saw)’!

This is such a bounty that only the intimates of the reality can confirm and witness its true value!

“So which of the favors of your Rabb (the Names comprising your essence – your consciousness and body) will you deny?” (Quran 55:13)

Hence, at this level of consciousness, this is how the Quran should be READ!

Spawned by atheism, Darwinism is thought to be the beginning of modern science. Having knocked down the concept of god, it naturally infused the question “OK then, what is the creative intelligence behind this system and order in the universe?”

The classic religious/God approach was not able to provide an adequate answer and so ultimately the view based on ‘intelligent design’ was reached. The thinking brains, despite refusing the concept of a deity-god, were in search of a ‘universal creative intelligence’ in light of the latest scientific developments.

Western scientists who were up to date with all of the latest scientific advancements knew there couldn’t be a deity dwelling somewhere in space who sent down some heavenly religion, due to this they accepted atheism. However, this wasn’t sufficient to shed light on the universal realities they were seeking either, so the motive was to search for the ‘Universal Creative Intelligence’.

This view is the door to Allah, as disclosed by Muhammad (saw) the Rasul of Allah!

Many people are now seeking the reality of the religion of Islam, beyond the views of the titular Muslims. When this search enables the seekers to recognize al-Fatir, they are going to discover and accept the One referenced by Allah, who’s Absolute Essence is an Absolute Unknown! According to my understanding, this is the outcome of the Mujaddid’s (Reviver) years of service on earth.

It is impossible for those who become cognizant of the reality at this level to remain as atheists!

May the door to reality be a blessing upon everyone who recognizes it!

This is another expression of ‘being guided by Allah’ or perceiving and evaluating the reality!