We cross the Bridge of Siraat with the three horsemen of Doomsday, and the additional help of other forces:

Knowledge, Will and Power!

Everything that transpires from our brain is due to the respective expressions of these qualities.

Knowledge refers to the brain’s database…

Will denotes the person’s capacity to apply, or zeal…

And Power is the energy that converts what is willed into action! 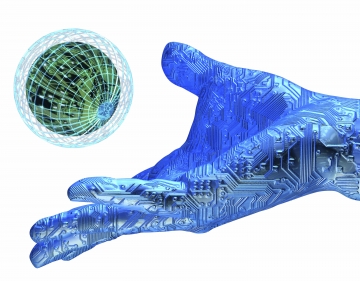 At every instance of our lives these three forces are at work… Just as they are present and active within every single one of us, they are also actively functional in the same way in every animate being in the universe!

For the name Allah references the creator of us and everything in the universe, who knows His infinite qualities with His Aleem name, who wills to see these qualities through His Mureed name, and who observes them with the power denoted by His Qadir name.

This is the mechanism at work throughout everything in the world; this is how these qualities become manifest through individual beings…

There is an individual consciousness within the brain, or the memory of every unit of existence, formed by the synthesis of all the data received until that point. This applies not only to humans but to animals and beings that may not be visible to us. This is the manifestation of Knowledge.

This database naturally wants to output the data it contains, as this is how a database functions! This ‘want’ is referred to as ‘Will’ (Mureed) and it is formed in the brain automatically. We refer to the part we actually pick up on as “what comes to mind”…

Ultimately, when the strength of this will exceeds a particular threshold, it begins to actualize, which is rendered possible by the potential and amount of energy denoted by ‘Power’ (Qadir). 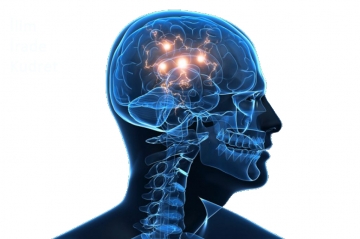 This circulation of Knowledge-Will-Power is formed simultaneously in the brain and is in full circulation at all times.

‘Hu’ isn’t something in space, Hu is the reality of your essence! Hu is the totality of this universal structure; Hu is the Absolute Universal One!

There are infinite activities of the Knowledge-Will-Power relation in the brain, but only a few of them are disclosed to our consciousness. When we become conscious of something, even if we don’t speak this thought, its presence in our consciousness means it has been output, which is then re-admitted to the brain’s database as feedback, and re-processed for another output.

This is a fixed system. It does not change.

“...Whatever is in the heavens and the earth belongs to Allah (to manifest His Names)… Whether you show what is within your consciousness (your thoughts) or conceal it, Allah will bring you to account for it with the quality of the Name al-Hasib.” (Quran 2:284)

No excuse is valid in this mechanism!

Anything you output is either due to data you stored in your database or received genetically. In any case, it is the output of something within you!

The proverb “The gods visit the sins of the fathers upon the children” refers to this reality.

The ‘Knowledge-Will-Power’ mechanism, though infinite in respect of the whole, is expressed in every iota of existence according to the capacity and natural disposition (fate) of the individual.

Prayers and curses are also products of the same mechanism of the brain based on one’s database.

Every individual’s experience derives from itself. Hence, every experience is a unique one!

Rasulullah (saw) says: “Do not curse anyone. For, if the curse is not their due, it will come back and strike you!”

That is, if according to your perception someone deserves to be cursed for some reason, but in reality that person is innocent or a victim of that situation, i.e. the person does not actually deserve to be cursed, then the curse will not reach the person, it will rebound from their protective shield and return with the same speed and afflict the curser instead!

Are the things we perceive as ‘right’ or ‘wrong’,according to the judgments based on our database, actually congruent with how they are perceived by the system…?

When we find ourselves in a situation, our first reaction should be: “I wonder what I have done wrong to be in this situation” rather than blaming others!

Indeed, he who deserves will find what he deserves. And if he does not deserve it then it will find the doer! 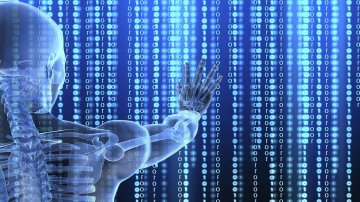 Anyway, without digressing further, let me drive my point home:

Prayer or salat (turning towards one’s essence) is either a request that is made from an exterior God, or it is the process of actualizing one’s wishes through using the forces and potentials within one’s essence in congruence with the information contained within the database.

In short, when someone prays, they ‘will’ to manifest certain qualities (knowledge) pertaining to Allah comprising their essence, and does so in accord with their power. This is true whether they are a learned, knowledgeable man, or whether they are completely ignorant!

“Seek the continual manifestation of the Names of Allah (from your essence in respect of its Uluhiyyah; from the forces of the Names comprising your being)…” (Quran 7:128)

Knowledge-Will-Power is an intrinsic mechanism inherent in the human structure!

Praying to and seeking things from god(s) outside is nothing but pure ignorance and unawareness. For anything that you acquire is from yourself, from your own qualities! It is the output or expression of the qualities and attributes pertaining to the One denoted by Allah that become manifest through you!

I recommend reading The Power of Prayer  in this light and with this consciousness!