The Maalik or Maleek of the day of religion.

Some take this word as Maalik and some as Maleek:

The Maleek (the Sovereign One, who manifests His Names as He wishes and governs them in the world of acts as He pleases. The One who has providence over all things) or the Maalik (the Absolute Owner) of the eternal period governed by the decrees of religion (sunnatullah).

Essentially, Allah is both Maleek and Maalik, but since the phrase ‘the day of religion’ is used, we have to consider the grammatical rules according to the context in which it has been used.

Religion can be understood as ‘reaching the results of one’s deeds’ and as ‘absolute submission,’ but religion cannot be interpreted as Doomsday!

Due to not realizing that the results and consequences of our deeds are met at ‘every instance,’ people have conceived it as the ‘last day’ as though everyone is going to meet the consequences of their deeds on that last day!

Let us remember the first verse of chapter al-Maun:

“Did you see the one who denies his religion (the sunnatullah)?”[1]

That is, did you see the one who denies the system and order of Allah?

Since one day during the period of mahshar is going to be equivalent to 50,000 Earth years and thus the experience of mahshar and the crossing of the Bridge of Sirat is going to take thousands and thousands of years, it is unrealistic to think all of this is going to transpire in one day, a single day of which Allah is the Maalik or Maleek. 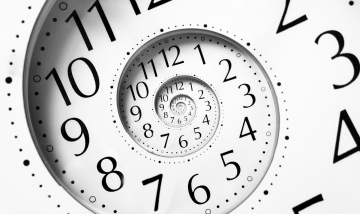 You may wonder, many commit great crimes and get away with it in this world, doesn’t this prove that the day of facing consequences is in fact a day in the afterlife?

This very question is an indication of the concept of an external god and thus lack of discernment regarding Allah.

Everyone is at every instance face to face with the consequences of their previous action, for “Allah is sari’ul hisab” (swift at reckoning).

But, due to our inadequacy to duly evaluate the conditions the person is subject to after his action, we think he got away with it in the world and that he’ll be punished in the afterlife.

Many are subject to the results of their deeds through divine deception!

Wealth, children, rank and status, fame and so on are all vehicles of trial and those who aren’t awake are prone to becoming carried away and deceived by such provocations, as the Quran explicitly states. 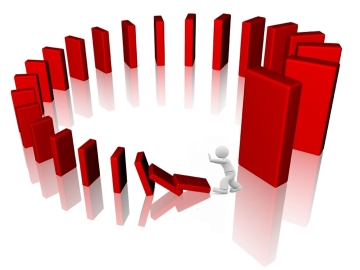 Many are given wealth only to invest it in property and worldly possessions, rather than spending it in the way of Allah! Those who see their seeming wealth may think they’ve been blessed whereas in reality they’ve been given that wealth as divine deception due to a wrong done.

So, without even realizing, they will spend their days spending wealth in pursuit of worldly pleasures falling far from union with Allah and losing many opportunities that they’ll never have the chance to regain in the future.

Even though the Rasul of Allah (saw) was the proprietor of a successful trading business, he spent everything he owned in the way of Allah, leaving nothing behind when he passed away.

Likewise, Hadhrat Abu Bakr spent all his wealth in the way of Allah and greeted death in poverty.

Wealth given as divine deception can never be spent in the way of Allah!

Yet many see people living in great wealth and worldly pleasures and think they aren’t subject to the consequences of their actions.

The truth is their very wealth is the consequence of their misdeeds given to them as divine deception veiling them from Allah more and more every day.

Nothing is a greater punishment than being veiled from Allah.

If we realize this, we will understand that every moment of our lives is the day of religion!

At every moment we are in absolute submission to Allah, whether it be through divine blessing or deception, at every instance of our lives we are subject to the consequences of our prior actions.

Thus, the ‘Maalik of the Day of Religion’ is only Him, and only to Him does the entire existence submit, and it is He who creates the results of every action that’s done.

As such, all meanings pertaining to Allah must be understood as applicable at all times rather than a particular point in time.