When the One, in order to experience Himself, wills to divulge Self-disclosure through a particular form in the corporeal world, that form, will turn to the One at the expense of everything, including its own being. The sole purpose, of this particular form, will be to reach the One.

In order to achieve this goal, he will give up everything, from the plane of thoughts to the plane of actions, everything he assumes he owns will become expendable. He will forego his conditionings, and all the so-called values attached to them, and their resulting emotions… He will even aim to detach from his physical desires and addictions, cleansing his body from smoking or drinking habits, excessive eating or sleeping and any other bodily weaknesses he may have acquired in his lifetime. He will then commence spiritual practices to raise his consciousness. 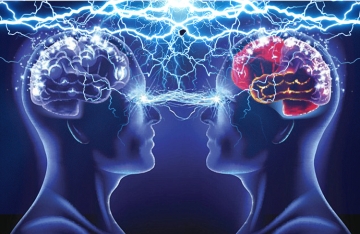 As he discovers his reality at the level of consciousness, he will become cognizant of the One and realize all knowledge pertains to Him. He will then recognize the illusory nature of his self and the inexistence of his ostensible identity, and begin to let it go, finally annihilating himself and uniting with the One.

Nonetheless, all of this can only be achieved through the guidance of an enlightened mentor, already living this reality. For it is not possible for one to break free, from the confinements of certain conditionings, desires and natural tendencies, or the illusion of a self-identity, all by himself.[1]

So if he is to reach the One, he will seek out and find a guide who will enable him to relinquish all his conditionings, a guide who has already been through this process and has been enlightened. As one can’t teach another how to swim, if they don’t know how to swim themselves! If a man, who has never once seen the ocean, claims he can teach you how to swim, leave him in his delusion and continue your journey. A shepherd can’t teach you how to swim. One must seek the right guidance from the right source.

Once the right guide is found and his guidance is heard and applied, purification of the soul will take place and the consciousness will be awakened. This arduous process will continue to until complete submission and unity with the One is attained. At this point, one will realize he is ‘Islam’. He will become ‘Abdullah’ that is ‘the servant of Allah’ and reflect the meanings of Allah on his newly polished and purified mirror of selflessness.

True purification costs everything. It requires the sacrifice of everything we own. If we are not willing to give up all that we possess in this pursuit, it is probably best that we don’t embark on this journey at all, for it is a journey filled with struggle, pain, tribulations and sufferings… It may cost our belongings, our loved ones, our identity and everything that is attached to it!

If we claim to be up to the challenge now, but cry in agony or play the blame game as soon as we encounter an apparent loss, not only will we not gain anything we seemingly lost, but also we will have become increasingly susceptible to enacting the very thing with which we blamed others.

“Do not criticize; you will not die until you experience what you have criticized.”

So, if we accept this knowledge and want to attain it, then we must be willing to burn in hell in order to get to heaven. For one can only be purified by burning! Just as gold is purified by fire…

“Indeed, Allah has purchased, from the believers, their souls (nafs) and their properties [in exchange] for that they will have Paradise.” (Quran 9:111) says the verse… 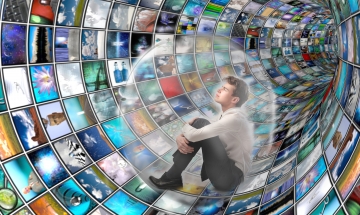 Note that it says ‘souls’ and ‘properties’!

Let’s evaluate these words in a broad term.

How can we both pursue bodily pleasures, allowing the antichrist of the ego to run his sovereignty at full capacity, and unite with the One? Clearly this is not possible. The Satan (ego) channels our thoughts to all sorts of ‘cul-de-sac’ avenues, making us think there is a way through, but alas, it is a trap of the ego; it is merely an assumption!

History is full of spiritually enlightened figures. Look at their lives. Which one has lived a life without any suffering? Their lives were full of purification and sacrifice!

We can only get as far as we forego from our identities. The amount of sacrifice, made from our ‘selves’, is the degree to which we can attain true reality. So, before the system inevitably and forcibly confiscates our possessions, belongings, loves ones, etc., why not willingly abandon them, first by detaching them from our egos and identities, and by purifying our hearts from material possessions and attachments?

In reality, everyone goes through similar experiences in life; everyone suffers the grief of loss, for example. However, the difference between just anyone, and one who has consciously willed to be awakened, is that the latter knows the wisdom behind it, and hence employs serenity and submission. The latter knows why he is burning and suffering, and chooses to do so with tranquility, while the former intensifies his pain with constant criticism and complaint.

But this isn’t the prerequisite to enter heaven!

To unite with Allah, one must awaken his consciousness!

One may claim: “Just going to heaven is good enough for me” but this has already been determined on the 120th day after conception when we were decreed to be either of the fortunate (said) or the unfortunate (shaqi) ones.

If we were decreed to be fortunate, then all of its necessities will have been sent to us during our lifetime. We would have been endowed with the understanding and the knowledge, the thirst for the quest, the faith and its outward manifestation, finally resulting at the gates of heaven.

If, on the other hand, we have been decreed to be of the unfortunate ones, then:

“Allah is the owner of everything; He is All-Just and is free to do as He wishes. None has the right to question His wish!”

Who and what is independent of, or separate from, Allah such that they can question His authority?

If you claim you want the Reality, then you must be willing to pay the price my friend!

What if you are making this claim, yet deceiving yourself by continuing to indulge in personal pleasures?

Do not be veiled!

When Moses went to meet His Rabb, Allah called out to him from fire:

“I am Allah your Rabb O Moses!”

So do not be surprised when fire addresses you! Fire will burn you!

Do not be veiled from it when it addresses you from a place that burns you! What burns you is ‘fire’, not what your eyes perceive as ‘flame’. And as long as you burn, you will be in your personal hell. This world is a part of hell too. So long as you continue living this worldly life, you will be living in hell.

Nevertheless, if you still claim you want to reach Allah, know that ‘you’ can never reach Allah.

Don’t follow the footsteps of those who promise to give you a wonderful worldly life. Follow those who will “Kill you before your death”; lest you get addressed with the words “You are forbidden to see me!”

Those who provide you with a glittery worldly life will do so up to the grave, if that! Eventually, your demise will be inevitable.

Your true friend is the one who will kill you before you die, as ‘the believer unites with Allah through death’ at which point you will claim like Rumi:

“Do not despair at my funeral! Play and rejoice! For I am going to unite with my Beloved!”

Indeed, your true friend is the one who will kill your fake identity, your illusory self, and save you from your illusion of being separate, hence enabling you to unite with your source.

Seek this death, and seek this friend, so that you can start truly living!

Death, like hell, is a mercy. The mercy of Rahman is hidden in suffering, just like remedy is hidden in bitter medicine.

Death only scares those who are attached to the world, as death for them means the loss of everything they seemingly own. But if one fails to deal with these fears now, the consequences, that it will bring tomorrow, will be much more formidable.

Come my friend... come willingly and lovingly to die for the sake of Allah so that you will be enlivened with The Ever Living One (Hayy) and The Everlasting One (Baqi).

[1] This topic has been covered in detail in my book Know Yourself.