As a Hanif, Muhammad (saw) did not believe in external gods or idols, his endeavor was to understand Allah and fulfill his servitude to him.

How did existence, the world, this system come about? How did it function?

If we assume everything in the heavens and the earth is operating within a conscious system, then it follows there must be a conscious Being who has made it so. 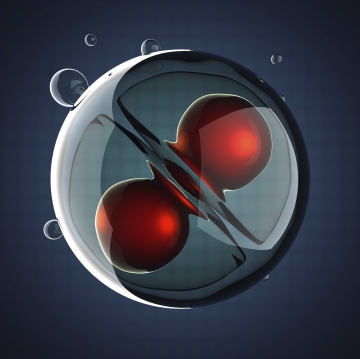 But, who or what is this Being?

Does it have a place?

What was its relation to existence?

How was it related to the notion of ‘I’?

Was it possible to reach this sublime Being?

These were the kind of questions Muhammad (saw) was asking, and the longer it was taking to find the answers, the more he was feeling uneasy and unable to rest, until one day he encountered something he was not expecting.

An angel of extraordinary dimensions named Gabriel at the top of Mount Hira squeezed him tightly and called out:

Muhammad (saw) did not ask, “What shall I read?” For he knew what he was being asked to read! His problem was he didn’t know how to read it! That’s why he retreated to the cave in the first place!

Upon this Gabriel squeezed him again and repeated:

“I am not of those who can read”

Finally Gabriel squeezed him for the third time and then said: 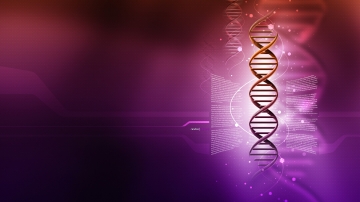 1. READ with the Name of your Rabb (with the knowledge that comprises your being) who created.

2. Created man from alaq (a clot of blood; genetic composition).

3. READ! For your Rabb is Akram (most generous).

4. Who taught (programmed the genes and the essential qualities) by the Pen.

5. Taught man that which he knew not.

“And He taught (programmed) Adam (the name ‘Adam’ in the Quran references every single human, who in reality is nonexistent and has been created from a state of nothingness through the manifestation of a composition of Names) all of the Names (all knowledge pertaining to the Names and their manifestation).”[1]

How are these verses related?

Both of these verses are about the creation of man and the sublime quality given to him during his creation.

So, going back to our topic, what exactly was Muhammad (saw) being asked to read by the ‘angel’?

Considering that Muhammad was a Hanif who was trying to decipher the system in which he was living and his ability to read was activated via the revelation of the angel, the quality and force that was activated was already inherent within him, it just wasn’t active; he hadn’t yet used it.

When he told the angel he could not read, the angel ‘squeezed’ him, which brings us to the other important point.

Why did Gabriel squeeze him? Gabriel isn’t like us, he isn’t made of matter, i.e. he does not have a physical body, so clearly this isn’t a physical act of squeezing. Angels are ethereal; they are comprised of light, while the jinn are made of a type of fire. Neither have physical bodies like we do. Their effect on humans is via the electromagnetic impulses they send to the human brain.

Indeed, the human brain is constantly subject to the effects of angels and jinn.