Some, who are veiled from the reality, indecently claim:

“Muhammad was an honest and smart man, so with the permission of Allah Gabriel gave him the duty of prophethood and thus he lived according to Gabriel’s instructions. He was merely Allah’s deliveryman! There’s no reason to overly exalt Muhammad (saw), the Sufis exalt him more than necessary and give him more credit than needed. He lived like a simple man, his only difference was that he delivered the commands of Allah to people as per Gabriel’s instructions! All the great saints and masters including Hadhrat Ali, Abu Bakr, Naqshibandi, Aldulqadir al-Jilani, Imam Ghazali and Ibrahim Erzurumi are all exaggerating the importance of Muhammad and his words! The Quran is sufficient for us, there’s no need to heed the hadith so much, most of it is fabrication anyway!..” and so on…

A ‘deliverer’ is one who carries something from one place to another without really knowing what he’s carrying. To call the Rasul of Allah (saw) a deliveryman is to claim he’s unconscious of his duty!

One who claims such a thing can only do so out of not knowing the supremacy and depth of Muhammad (saw), which leads such people to deny even authentic hadith. Whereas, hadith are like the poles upon which the throne of the Quran rests! They teach us how the verses of the Quran need to be understood and evaluated.

It was the Rasul of Allah (saw) who taught us, in the light of the Quran, how Islam is to be lived; the truth has reached us today via his explanations and teachings.

The religion of Islam consists of the Quran and the hadith. 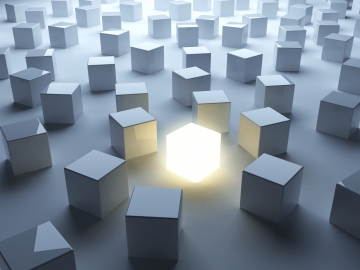 After centuries of concise research, the authenticity of the Kutub al-Sittah (The Authentic Six Books) along with other hadith has been verified… There is a vast amount of information in regards to this in hadith books, those who are interested can refer to them.

If we can’t understand the purpose and wisdom of a hadith, or what kind of an observation it’s based on, we should at least observe the courtesy to remain silent and wait until we can understand.

Let us also remember that one day we will come face to face with the Rasul of Allah!

Muhammad (saw) is a magnificent individual embellished with extraordinary qualities! Our honor is in respect to how much we can know and understand him!

Since the age of 18 I’ve been trying to understand and explain him, his teachings and the system in light of modern science, to the best of my capacity… Nevertheless, all that I’ve done in regards to understanding and teaching about him is ‘nothing’…

Indeed, Muhammad (saw) is free from the absurd claims that reduce him to a courier!

Having clarified this, let’s now move on to the supremacy of Risalah…

As I’ve previously explained, Gabriel’s act of squeezing the Rasul of Allah (saw) enabled him to experience significant self-conquest (fath) in respect to some of the Names of Allah that became activated… Their activation, and thus a greater manifestation of these qualities, enabled his insight, foresight and introspection (i.e. the ability to become cognizant of the makeup, qualities, creational purpose and wisdom behind a particular unit of existence) to grow. This isn’t something that can be attained suddenly… The act of squeezing increases a capacity in the brain, which takes time to incorporate. This is why after the first revelation it took three years for the next revelation to come; Gabriel did not visit Muhammad for three years.

In fact, during this time he even thought he was abandoned and thus much distressed.

But this time period was necessary. Time was needed for the first and powerful expansion, the capacity to perceive and evaluate the beings and data of one higher dimension to assimilate.

Though essentially he was already endowed with all of Allah’s Names within his creational program, this experience activated and enhanced their effect and enabled him to READ the absolute truth, the universal system.