I want to talk a little more about the implications of the letter B in the Quran and explore the meaning of Bi-Rabbihim with this key. I believe the better this topic is understood, the better some of the subtleties of the Quran can be recognized and comprehended.

Bi-Rabbihim points to the unique composition of Names within every individual and its manifestation, which comprises the dimension of Rububiyyah.

Bi-Rabbi-Ka points to the composition of Names within you that manifest to form the dimension of Rububiyyah in your essence.

While Rabbihim means their Rabb or the Rabb of the worlds, Bi-Rabbihim refers to the force of Rububiyyah present within their essential reality that administers on every level from that point.

This does not in any way imply multiple Rabbs!

Just like every lamp receives the same electricity from one source, there is only one current or force pertaining to the dimension of Rububiyyah. However, each different lamp, or their filaments, is like the different compositions of Allah’s Names. You can obtain more information on this in Revelations, a book I wrote in 1967.

Let’s take a look at one of the verses in the Quran as an example, from chapter al-Qadr:

“The angels (the angelic forces within – wings denote the 2-3-4 dimensions of these forces) and the Spirit (the meaning of ‘HU’ comprising the essence of your existence) becomes revealed in one’s consciousness with the permission (capacity) of his Rabb (the composition of Allah’s Names comprising his essence); such that he experiences his inexistence while experiencing the absolute existence of Allah, in a state of certainty (yakeen) free from all judgments!” (Quran 97:4)

As much as ‘Spirit’ denotes the afterlife body of the person, its actual reference in the Quran is to the ‘connotation’ of a thing. That is, when we say ‘the spirit of man’ we mean ‘the general meaning of the name composition comprising the existence of man’. As a matter of fact, to say ‘I know your spirit/soul’ is a popular usage among people to mean they know each other very well.

What is Qadr? How does it descend from the skies? This I want to talk about in the next chapter. But right now, I think we should consider again what the following might mean:

“There is no animate creature but that He holds its forehead (the brain; the very qualities of the Names of Allah!).” (Quran 11:56)

“La ḥawla wa la quwwata illa billah”: There is no initiative or capability except from Allah…

Why is this dhikr so important; what can we gain from repeating this phrase?

According to my understanding, the pronoun ‘Bi-Rabbihim’ in the Quran, always refers to the Name composition comprising the reality of every individual’s existence. This topic has been explored in depth in The Mystery of Man, written in 1985, under the chapters ‘Rabb’ and ‘Rububiyyah’. The expression ‘Rabb of the worlds’ refers to the universal dimension of Rububiyyah from which every unique Name composition obtains its force of life at the level of atoms.

Hence, when the letter B precedes a particular word, it adds a significant meaning to it.

Another important note is the word B-illahi. The elderly would always prohibit us from giving an oath in the name of Allah using the word ‘B-illahi’. Has anyone wondered why?

Because the word B-illahi actually means: “I hereby talk on behalf of the Allah in my existence”!

Can we imagine the implications of such a serious statement? Are we even aware of this meaning when we so readily and easily give an oath using the word B-illahi?

As can be seen, all of this point to the same reality: There is no God out there to whom we should turn; we need to turn to the forces pertaining to the Names of Allah in our essence and activate them! This is what prayer is all about!

If we assume the existence of a god besides the Names of Allah comprising our essence, we will be engaging in shirq (duality)!

If we seek help, or intercession (shafaat) from each other or from the Rasul of Allah (saw) or from other spiritual leaders with the consciousness that these people are also ‘servants’ who have been successful in activating their intrinsic forces that we couldn’t, this won’t be considered shirq. But if we do this with the assumption that there is an external god beyond and deny our own reality, if we see ourselves as a creation and an external god as the creator, this will be shirq.

The important thing is to know your self, be aware of your capacity and incapacity, and to seek help accordingly, without deifying!

Nevertheless, one should also be aware that any help one receives can only be as effective as their essential name composition allows; the natural disposition is not subject to change.

External help will not change our natural skills and capacity, but it can help us realize and actualize them! This is what ‘illa Bi-izni-h” refers to in the Ayat al-Qursi.

As long as we engage in prayer and dhikr and continue aspiring our capacity will enhace, as soon as we stop it will go back to its previous state. This is also known as ‘himmah’ (aspiration). One’s himmah should be continually active in order for one’s capacity to become enhanced and his wishes to be fulfilled accordingly.

If you seek help from the Rasul of Allah (saw) or another person who has the capacity to help you but they don’t, do not let yourself think or feel differently about that person, look for the answer within yourself, within your own capacity and natural disposition (fitrah). 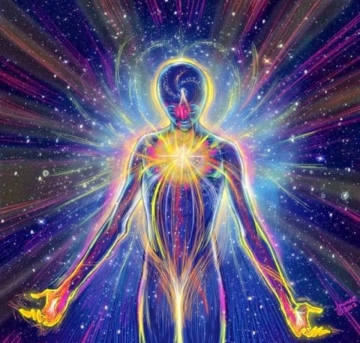 Your Name composition, referenced by the expression ‘Bi-Rabbihim’, is absolutely unique. This is why nobody can be an ideal example for anybody, and no one can know their Rabb through someone else’s path.

Another manifestation of Hadhrat Ali (ra) will never come to this world. If one prays to be like him, their prayer will not be accepted. The same reflection will not form twice in the manifest world!

One must know their boundaries when wanting!

Do not try to be like anyone, as this is not possible! Use the full potential of your knowledge to be yourself!

It is important to understand the topic of natural disposition well.

Everyone has a unique natural disposition and it is not subject to change. This is the exclusive programming we receive during birth; a unique composition of Allah’s names that are coded into our brain. This is why personality traits persist throughout one’s lifetime.

Let’s imagine that personalities are like jugs of lemonade. Some jugs are filled with delicious and sweet lemonade, whereas others are bitter and tasteless. Astrological influences are like the hands that tilt and shake the jugs, pouring out and revealing the true nature of their contents.

This shouldn’t catch you by surprise!

Whatever exists in our perceived world, from the most beautiful to the most awkward, are all created with the Names of Allah.

Heaven is heaven compared to hell, and hell is only hell in comparison to heaven!

Hell is like heaven for the demons of hell, and for the dorbeetle living in fecal matter feels like paradise!

Everything is relative! All things are either relatively favorable or relatively unfavorable! What one finds pleasant can seem revolting to another!

Hence, when we feel drawn to something in another, we are actually drawn to ourselves, our own attributes.

We do not feel drawn to or befriend someone who does not have our qualities.

But humans do change in time…

In time, our deeper qualities begin to manifest and our value judgments start to change. Our preference of friends differ... What we found valuable yesterday begins to lose meaning today. We begin to value things today that perhaps didn’t mean much to us in the past…

Every bird flies with its own flock. Like attracts like and everyone eventually ends up with the people they attract and deserve!

A smart person is a realistic person. The Al-Hasib quality within us calls us to account in the guise of Munkar and Nakir.

That is when we realize, according to our knowledge, where and how we are spending our life…

The important thing is, how much of your knowledge are you able to put into practice and how much of your ‘will’ can you actualize with ‘power’ in accordance with ‘knowledge’… Not the number of nights you spend in illusion!

You came here alone and you will depart alone, only taking with you what you have gained in this worldly life… You will face the consequences of your actions alone, as you did in the past, as you are in the current moment.

Do not forsake your prayers from yourself, your friends and from me, someone whom you will probably never see.